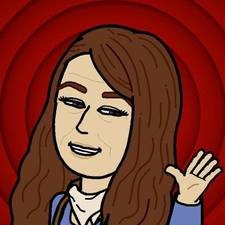 This will prevent Adora from sending you messages, friend request or from viewing your profile. They will not be notified. Comments on discussion boards from them will be hidden by default.
Sign in to Goodreads to learn more about Adora.

Adora Myers is currently reading
Troop 6000: The Girl Scout Troop That Began in a Shelter and Inspired the World
by Nikita Stewart (Goodreads Author)
bookshelves: currently-reading

“Charity is the power of defending that which we know to be indefensible. Hope is the power of being cheerful in circumstances which we know to be desperate. It is true that there is a state of hope which belongs to bright prospects and the morning; but that is not the virtue of hope. The virtue of hope exists only in earthquake and eclipse. It is true that there is a thing crudely called charity, which means charity to the deserving poor; but charity to the deserving is not charity at all, but justice. It is the undeserving who require it, and the ideal either does not exist at all, or exists wholly for them. For practical purposes it is at the hopeless moment that we require the hopeful man, and the virtue either does not exist at all, or begins to exist at that moment. Exactly at the instant when hope ceases to be reasonable it begins to be useful.”
― G.K. Chesterton, Heretics
tags: charity, christianity
53 likes

“I had noticed that both in the very poor and very rich extremes of society the mad were often allowed to mingle freely.”
― Charles Bukowski, Ham on Rye
tags: madness, mental-illness, poor, poverty, rich
538 likes

“If this is going to be a Christian nation that doesn't help the poor, either we have to pretend that Jesus was just as selfish as we are, or we've got to acknowledge that He commanded us to love the poor and serve the needy without condition and then admit that we just don't want to do it.”
― Stephen Colbert
tags: christ, christian, christian-behavior, poor, religion, selfish
1152 likes

“Once poverty is gone, we'll need to build museums to display its horrors to future generations. They'll wonder why poverty continued so long in human society - how a few people could live in luxury while billions dwelt in misery, deprivation and despair.”
― Muhammad Yunus, Creating a World Without Poverty: Social Business and the Future of Capitalism
tags: business, charity, micro-credit, poor, poverty, social-business
168 likes

“If a free society cannot help the many who are poor, it cannot save the few who are rich.

Polls voted on by Adora