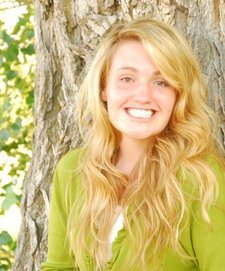 This will prevent Rachael from sending you messages, friend request or from viewing your profile. They will not be notified. Comments on discussion boards from them will be hidden by default.
Sign in to Goodreads to learn more about Rachael.

Rachael Knudsen is currently reading
Glory Over Everything: Beyond The Kitchen House
by Kathleen Grissom (Goodreads Author)
bookshelves: currently-reading

See all 5 books that Rachael is reading…

“There is no greater agony than bearing an untold story inside you.”
― Maya Angelou, I Know Why the Caged Bird Sings
tags: 1970, inspirational, stories, writing
29697 likes

“Where you used to be, there is a hole in the world, which I find myself constantly walking around in the daytime, and falling in at night. I miss you like hell.”
― Edna St. Vincent Millay
tags: loneliness, loss, yearning
2941 likes

“It is not the critic who counts; not the man who points out how the strong man stumbles, or where the doer of deeds could have done them better. The credit belongs to the man who is actually in the arena, whose face is marred by dust and sweat and blood; who strives valiantly; who errs, who comes short again and again, because there is no effort without error and shortcoming; but who does actually strive to do the deeds; who knows great enthusiasms, the great devotions; who spends himself in a worthy cause; who at the best knows in the end the triumph of high achievement, and who at the worst, if he fails, at least fails while daring greatly, so that his place shall never be with those cold and timid souls who neither know victory nor defeat.”
― Theodore Roosevelt
tags: inspirational, politics, presidential
7022 likes

“I believe in Christianity as I believe that the sun has risen: not only because I see it, but because by it I see everything else.”
― C.S. Lewis
tags: christianity, faith, religion, sun
16056 likes

“Folks are usually about as happy as they make their minds up to be.”
― Abraham Lincoln
tags: attributed-no-source, happiness
23446 likes

Jennie Hansen
author of: The Bracelet

Lynn Austin
author of: Candle in the Darkness
More…

Polls voted on by Rachael