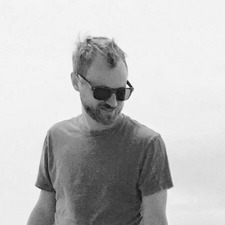 This will prevent Branden from sending you messages, friend request or from viewing your profile. They will not be notified. Comments on discussion boards from them will be hidden by default.
Sign in to Goodreads to learn more about Branden.

Branden is currently reading
The Time Traveller's Guide to Medieval England: A Handbook for Visitors to the Fourteenth Century
by Ian Mortimer (Goodreads Author)
bookshelves: currently-reading

Branden is currently reading
The Adventures of Fafhrd and the Gray Mouser Volume One: Swords and Deviltry, Swords Against Death, and Swords in the Mist
by Fritz Leiber
bookshelves: currently-reading

“Speeding along in that bus was like hurtling into the abyss. By the time we had left the swamps and reached those rolling hills near Baton Rouge, I was getting afraid that some rural rednecks might toss bombs at the bus. They love to attack vehicles, which are a symbol of progress, I guess.”
― John Kennedy Toole, A Confederacy of Dunces
1 likes

H.P. Lovecraft
author of: The Call of Cthulhu and Other Weird Stories
More…

Polls voted on by Branden