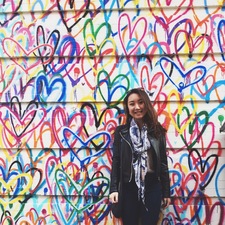 Erin Siu is currently reading
The Only Story
by Julian Barnes
bookshelves: currently-reading

See all 5 books that Erin is reading…

“And then I keep reading, anyway—but not just because I like the story. I like knowing that I'm touching her with my words. That they're crawling in her ears as she sleeps.”
― Colleen Oakley, Close Enough to Touch
tags: books, love, reading
8 likes

“Memories beget memories. Shen fever being a disease of remembering, the fevered are trapped indefinitely in their memories. But what is the difference between the fevered and us? Because I remember too, I remember perfectly. My memories replay, unprompted, on repeat. And our days, like theirs, continue in an infinite loop.”
― Ling Ma, Severance
25 likes

“There’s a Japanese phrase that I like: koi no yokan. It doesn’t mean love at first sight. It’s closer to love at second sight. It’s the feeling when you meet someone that you’re going to fall in love with them. Maybe you don’t love them right away, but it’s inevitable that you will.”
― Nicola Yoon, The Sun Is Also a Star
613 likes

“Reva was like the pills I took. They turned everything, even hatred, even love, into fluff I could bat away. And that was exactly what I wanted—my emotions passing like headlights that shine softly through a window, sweep past me, illuminate something vaguely familiar, then fade and leave me in the dark again.”
― Ottessa Moshfegh, My Year of Rest and Relaxation
5 likes

“On September 11, I went out and bought a new TV/VCR at Best Buy so I could record the news coverage of the planes crashing into the Twin Towers. Trevor was on a honeymoon in Barbados, I'd later learn, but Reva was lost. Reva was gone. I watched the videotape over and over to soothe myself that day. And I continue to watch it, usually on a lonely afternoon, or any other time I doubt that life is worth living, or when I need courage, or when I am bored. Each time I see the woman leap off the Seventy-eighth floor of the North Tower—one high-heeled shoe slipping off and hovering up over her, the other stuck on her foot as though it were too small, her blouse untucked, hair flailing, limbs stiff as she plummets down, one arm raised, like a dive into a summer lake—I am overcome by awe, not because she looks like Reva, and I think it's her, almost exactly her, and not because Reva and I had been friends, or because I'll never see her again, but because she is beautiful. There she is, a human being, diving into the unknown, and she is wide awake.”
― Ottessa Moshfegh, My Year of Rest and Relaxation
36 likes

Tiff at Mostly YA Lit

Tahereh Mafi
author of: Shatter Me