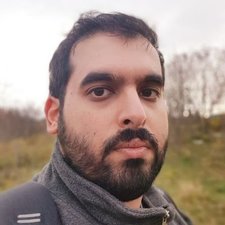 This will prevent Mohammad from sending you messages, friend request or from viewing your profile. They will not be notified. Comments on discussion boards from them will be hidden by default.
Sign in to Goodreads to learn more about Mohammad.

“Ironically, people who deliberately avoid beef may find it harder to avoid having their purchasing dollars funneled toward such deforestation. According to the Organic Consumers Association, soybeans from Brazil are found (unlabeled) in tofu and soy milk sold in American supermarkets. Industrialized,”
― Nicolette Hahn Niman, Defending Beef: The Case for Sustainable Meat Production
0 likes

“When people say, “She’s a good-looking woman,” they usually mean, “She used to be a good-looking woman.” But when I say that about Margaret, I mean it. She thinks—she knows—that she’s changed, and she has; though less to me than to anybody else. Naturally, I can’t speak for the restaurant manager. But I’d put it like this: she sees only what’s gone, I see only what’s stayed the same. Her hair is no longer halfway down her back or pulled up in a French pleat; nowadays it is cut close to her skull and the grey is allowed to show. Those peasanty frocks she used to wear have given way to cardigans and well-cut trousers. Some of the freckles I once loved are now closer to liver spots. But it’s still the eyes we look at, isn’t it? That’s where we found the other person, and find them still. The same eyes that were in the same head when we first met, slept together, married, honeymooned, joint-mortgaged, shopped, cooked and holidayed, loved one another and had a child together. And were the same when we separated. But”
― Julian Barnes, The Sense of an Ending
1 likes

“For me, the most efficient and compelling way to do that is to identify, right out of the gate, the character’s problem. And this is how the audience will see the character. The character is her problems. We remember her conflicts because that is who she is and why we are witnessing this particular segment of her life. Remember that thing I said (in the interlude on page 9!) about how a story is defined by the break in its status quo? So, too, is a character defined by her problems—and her problems represent exactly that breach of status quo I’m talking about.”
― Chuck Wendig, Damn Fine Story: Mastering the Tools of a Powerful Narrative
0 likes

“The school was in central London, and each day we travelled up to it from our separate boroughs, passing from one system of control to another. Back then, things were plainer: less money, no electronic devices, little fashion tyranny, no girlfriends. There was nothing to distract us from our human and filial duty, which was to study, pass exams, use those qualifications to find a job, and then put together a way of life unthreateningly fuller than that of our parents, who would approve, while privately comparing it to their own earlier lives, which had been simpler, and therefore superior. None of this, of course, was ever stated: the genteel social Darwinism of the English middle classes always remained implicit.”
― Julian Barnes, The Sense of an Ending
1 likes

“I have a distaste for the term “supporting characters.” It’s not that it’s a bad term, exactly, but it does call to mind a jockstrap or a bra—something created only to lift and support something else, that’s purely architectural and not alive with that precious spark of life we assume characters should have.”
― Chuck Wendig, Damn Fine Story: Mastering the Tools of a Powerful Narrative
0 likes

Polls voted on by Mohammad