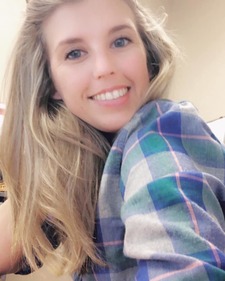 This will prevent Jennifer from sending you messages, friend request or from viewing your profile. They will not be notified. Comments on discussion boards from them will be hidden by default.
Sign in to Goodreads to learn more about Jennifer.

The Rose (The Godwicks, #2) by Tiffany Reisz
1 highlight
“My wife...” he said. “Why,” she whispered, “does it feel like you have always been my husband?” “Because I will always be your husband,” he said, “and eternity is a river that runs all ways.”
See Jennifer’s 232 books with notes and highlights…

“You know, I don’t think we’re dealing with a Bella’s-magical-blood situation here.”
“No?”
“No. I think you’ve imprinted on this girl’s pussy.”
… “What do you mean?”
“I mean you’re facing a Jacob quandary. You imprinted on her pussy, and now it’s the only pussy you can think about. You exist solely for this pussy. Like Jacob and that weird mutant baby.”
― Elle Kennedy, The Score

“It annoys me when people try to convince other people that their anger or stress isn’t warranted if someone else in the world is worse off than them. It’s bullshit. Your emotions and reactions are valid, Merit. Don’t let anyone tell you any different. You’re the only one who feels them.”
― Colleen Hoover, Without Merit
144 likes

“He's different. I suppose that happens after people are apart for a length of time. They become more themselves while you cling to who they used to be.”
― Tarryn Fisher, Atheists Who Kneel and Pray
tags: letting-go-of-the-past
0 likes

“When animals make a stupid mistake, you laugh at them. A cat misjudges a leap. A dog looks overly quizzical about a simple object. These are funny things. But when a person doesn’t understand something, if they miscalculate and hit the brakes too late, blame is assigned. They are stupid. They are wrong. Teachers and cops are there to sort it out, with a trail of paperwork to illustrate the stupidity. The faults. The evidence and incidents of these things. We have entire systems in place to help decide who is what. Sometimes the systems don’t work. Families spend their weekend afternoons at animal shelters, even when they’re not looking for a pet. They come to see the unwanted and unloved. The cats and dogs who don’t understand why they are these things. They are petted and combed, walked and fed, cooed over and kissed. Then they go back in their cages and sometimes tears are shed. Fuzzy faces peering through bars can be unbearable for many. Change the face to a human one and the reaction changes. The reason why is because people should know better. But our logic is skewed in this respect. A dog that bites is a dead dog. First day at the shelter and I already saw one put to sleep, which in itself is a misleading phrase. Sleep implies that you have the option of waking up. Once their bodies pass unconsciousness to something deeper where systems start to fail, they revolt a little bit, put up a fight on a molecular level. They kick. They cry. They don’t want to go. And this happens because their jaws closed over a human hand, ever so briefly. Maybe even just the once. But people, they get chances. They get the benefit of the doubt. Even though they have the higher logic functioning and they knew when they did it THEY KNEW it was a bad thing.”
― Mindy McGinnis, The Female of the Species
tags: animals, life, people, people-nature
21 likes

“Did she love me? I'd never know because I'd never ask. That was the thing about pride, it shortsighted our hearts.”
― Tarryn Fisher, Atheists Who Kneel and Pray
tags: pride
1 likes

Jessica Hawkins
author of: Something in the Way

Tarryn Fisher
author of: The Wives

Colleen Hoover
author of: It Ends with Us

Elle Kennedy
author of: The Deal

Meghan Quinn
author of: A Not So Meet Cute

John Green
author of: The Fault in Our Stars
More…

Polls voted on by Jennifer