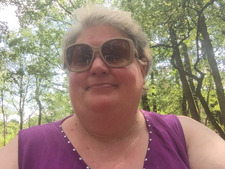 This will prevent Belinda from sending you messages, friend request or from viewing your profile. They will not be notified. Comments on discussion boards from them will be hidden by default.
Sign in to Goodreads to learn more about Belinda.

“I’m not scared. You and me … like the moon and the stars, we’re permanent.”
― Ella Fields, Suddenly Forbidden
27 likes

“One can only describe the human but can never define it because humans are complex in their nature.”
― Zaman Ali, HUMANITY Understanding Reality and Inquiring Good
tags: human, human-nature
38 likes

“But my child is strong-willed,” many parents insist. “When he decides that he wants something he just keeps at it until I cannot say no, or until I get very angry.” What is really being described here is not will but a rigid, obsessive clinging to this or that desire. An obsession may resemble will in its persistence but has nothing in common with it. Its power comes from the unconscious and it rules the individual, whereas a person with true will is in command of his intentions. The child’s oppositionality is not an expression of will. What it denotes is the absence of will, which allows a person only to react, but not to act from a free and conscious process of choosing.”
― Gordon Neufeld, Hold On to Your Kids: Why Parents Need to Matter More Than Peers
8 likes

Women in History — 215 members — last activity Jun 11, 2020 08:46AM
A group for those who like learning about women in history, through fiction or non-fiction books.

Dutch fiction in Dutch (no children or YA books)

What Book Got You Hooked?

Polls voted on by Belinda