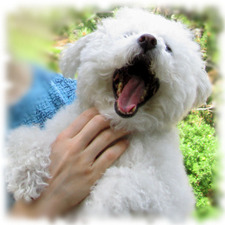 This will prevent Carly from sending you messages, friend request or from viewing your profile. They will not be notified. Comments on discussion boards from them will be hidden by default.
Sign in to Goodreads to learn more about Carly.

“I mean, it's a good job we've got a last desperate million-to-one chance to rely on, or we'd really be in trouble!”
― Terry Pratchett, Guards! Guards!
tags: carrot, humour, last-stand
16 likes

“And then they started deleting the protest reviews.
That was my line. When they started to stamp out dissent, actually to make it disappear with virtually no excuse for doing so...that’s not neglect. That’s not an overwhelmed person or people trying to figure it out. That’s an entity that has decided that they do not care, that they have moved on from the issue, do not see it as an issue, and is trying to avoid bad press. Or they are too far down the line to backtrack on what they’ve been doing and save face. They’re content with their wildly inconsistent policy enough to no longer care what effect it is having on their user base.
If you try to silence dissent, then something is very, very wrong.”
― G.R. Reader, Off-Topic: The Story of an Internet Revolt

“I was tempted to tell her it was because we were British and actually had a sense of humour, but I try not to be cruel to foreigners, especially when they're that strung out.”
― Ben Aaronovitch, Whispers Under Ground
tags: british, humour, sense-of-humor
22 likes

Kate Griffin
author of: A Madness of Angels

Frank Tuttle
author of: All the Paths of Shadow

Best Books of the 12th Century

Polls voted on by Carly