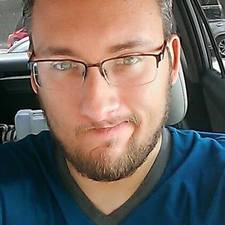 This will prevent Jeremy from sending you messages, friend request or from viewing your profile. They will not be notified. Comments on discussion boards from them will be hidden by default.
Sign in to Goodreads to learn more about Jeremy.

Jeremy is currently reading
The Language of Food: A Linguist Reads the Menu
by Dan Jurafsky
bookshelves: currently-reading

See all 4 books that Jeremy is reading…

“Adorno’s dim view of popular music was rooted in a belief that the only reason people liked such music was because it was cynically tailored to mirror their world. In a capitalist society, both they and the music were “kneaded by the same modes of production.” (We can assume that, for Adorno, “it’s got a good beat and you can dance to it” was the ultimate expression of this false consciousness.) He talked about music mostly as an abstract entity, rather than as a material object, like a record, so he never quite figured out how to apply his critical theory to recordings per se. At two different points in “The Curve of the Needle,” an oddly disjointed essay that he started in 1927, at the dawn of the electrical recording era, and revised in 1965, four years before his death, he declares, “The relevance of the talking machine is debatable”—the repetition and the span of decades suggesting that he never did find a side to take in that debate. He was pretty sure he didn’t like what the phonograph represented (“stems from an era that cynically acknowledges the dominance of things over people”), but mostly reserved judgment for another day: “For the time being, Beethoven defies the gramophone.”
― Greg Milner, Perfecting Sound Forever: An Aural History of Recorded Music
0 likes

“The purpose of relationships is not happiness, but transformation.”
― Andrew Schneider
1 likes

“His anxiety melted away, and he envied Patricia for having such charming friends. If this had been a gathering of Laurence’s tribe, by now someone would already have tried to prove they were the supreme expert on some topic. There would have been dick-measuring. Instead, these people just seemed to accept one another and feed each other tacos.”
― Charlie Jane Anders, All the Birds in the Sky
0 likes

“The secret to a successful webcomic is to trick people into believing they will only get all the jokes if they read regularly. By the time they realize there are no jokes for them to get, they’ve invested too much time to quit, and they can’t admit they’ve been duped,” said Kevin. “There is a whole art to creating nonexistent jokes that appear to go over everyone’s head. It’s much harder than creating actual jokes.”
― Charlie Jane Anders, All the Birds in the Sky
1 likes

“Never does one feel oneself so utterly helpless as in trying to speak comfort for great bereavement. Time is the only comforter.”
― Jules Renard
4 likes

George Saunders
author of: Lincoln in the Bardo

David Eagleman
author of: Incognito: The Secret Lives of the Brain

Jennifer 8. Lee
author of: The Fortune Cookie Chronicles: Adventures in the World of Chinese Food

Polls voted on by Jeremy