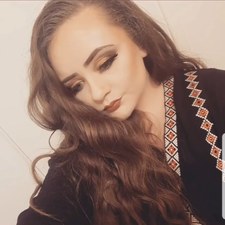 This will prevent Dannii from sending you messages, friend request or from viewing your profile. They will not be notified. Comments on discussion boards from them will be hidden by default.
Sign in to Goodreads to learn more about Dannii.

See all 8 books that Dannii is reading…

“The future is wide and wild and full of promise, but it is precarious, too. Seize on every opportunity that comes your way and cling to it, lest it be washed back out to sea.”
― M.L. Rio, If We Were Villains
58 likes

“At first there was nothing - a profound blue darkness running running deep, laced by skeins of starlight and pale phosphorescent flashes. This four o-clock hour was a moment of utter silence, the indrawn breath of dark, the absolute, trance-like balance between night and day. Then, when it seemed that nothing would ever move or live or know the light again, a hot wind would run over the invisible water. It was like a fore-blast of the turning world, an intimation that its rocks and seas and surfaces still stirred against the sun. One strained one's eyes, scarce breathing, searching for a sign. Presently it came. Far in the east at last the horizon hardened, an imperceptible line dividing sky and sea, sharp as a diamond cut on glass. A dark bubble of cloud revealed itself, warmed slowly, flushing from within like a seed growing, a kernel ripening, a clinker hot with locked-in fire. Gradually the cloud throbbed red with light, then suddenly caught the still unrisen sun and burst like an expanding bomb. Flares and streamers began to fall into the sea, setting all things on fire. After the long unthinking darkness everything now began to happen at once. The stars snapped shut, the sky bled green, vermillion tides ran over the water, the hills around took on the colour of firebrick, and the great sun drew himself at last raw and dripping from the waves. Scarlet, purple, and clinker-blue, the morning, smelling of thyme and goats, of charcoal, splintered rock and man's long sojourn around this lake”
― Laurie Lee, A Rose for Winter
tags: 4am, color, colour, nature, nature-quotes, sky, sky-quotes, spain, sunrise, sunrise-quotes
0 likes

“May she wander but always return home, may all her words be written true, may every door lie open before her.”
― Alix E. Harrow, The Ten Thousand Doors of January
94 likes

“Sometimes I feel there are doors lurking in the creases of every sentence, with periods for knobs and verbs for hinges.”
― Alix E. Harrow, The Ten Thousand Doors of January
32 likes

“I happen to believe every story is a love story if you catch it at the right moment, slantwise in the light of dusk[.]”
― Alix E. Harrow, The Ten Thousand Doors of January
42 likes

Joe Abercrombie
author of: The Blade Itself

Evan Winter
author of: The Rage of Dragons

Polls voted on by Dannii