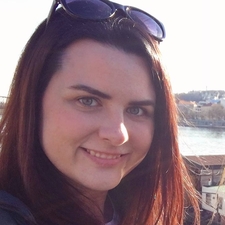 This will prevent Petra from sending you messages, friend request or from viewing your profile. They will not be notified. Comments on discussion boards from them will be hidden by default.
Sign in to Goodreads to learn more about Petra.

Petra is currently reading
The Ballad of Songbirds and Snakes (The Hunger Games, #0)
by Suzanne Collins
bookshelves: 2020, currently-reading

See all 4 books that Petra is reading…

“You should’ve let me twist his head off,” Mahon said. “You can’t let people insult your wife, Curran. One day you’ll have to choose diplomacy or your spouse. I’m telling you now, it’s got to be your wife. Diplomacy doesn’t care if you live or die. Your wife does.”
― Ilona Andrews, Magic Binds
33 likes

“Lorris ? As in Logan and Morris ? They fucking Brangelina’d themselves?”
― Elle Kennedy, The Mistake
113 likes

Roman’s eyes went wide. He pointed to himself. “Me?”

“You're like a crazy cat lady, but you collect killers instead of fluffy cats."

"Yes, you do, and those who aren't killers turn into killers by the time you're done. You made Julie into a maniac. That child has more knives on her than a squad of the PAD.”
― Ilona Andrews, Magic Binds

“He plugged the phone into the outlet.
It rang.
Roman stared at it as if it were a viper.
The phone rang again.
He unplugged it. “There.”
“It can’t be that bad,” I told him.
“Oh, it’s bad.” Roman nodded. “My dad refused to help my second sister buy a house, because he doesn’t like her boyfriend. My mother called him and it went badly. She cursed him. Every time he urinates, the stream arches up and over.”
― Ilona Andrews, Magic Binds

Polls voted on by Petra