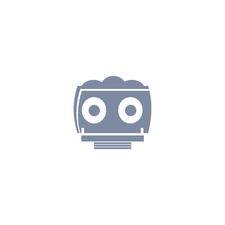 This will prevent Frikitiva from sending you messages, friend request or from viewing your profile. They will not be notified. Comments on discussion boards from them will be hidden by default.
Sign in to Goodreads to learn more about Frikitiva.

See all 8 books that Frikitiva is reading…

“Idleness, like kisses, to be sweet must be stolen.”
― Jerome K. Jerome, Idle Thoughts of an Idle Fellow
tags: kisses-idleness
904 likes

“Oh, yes," Father Mancuso nodded. "As Father Ryan mentioned, I've seen and heard many who've come to me as a psychotherapist and as a parish priest." Chancellor Ryan picked up the thread. "Then there are the so-called extraordinary activities of the devil in the world. Usually these are material things around a person that are affected; that might be what you're up against. We call it infestation. It breaks down into different categories which we'll explain in a minute." "Obsession," Father Nuncio put in, "is the next step, in which the person is affected either internally or externally. And finally there is possession, by which the person temporarily loses control of his faculties and the devil acts in and through him." When Father Mancuso had come to the Chancellors' office to keep his appointment, he had been somewhat embarrassed as to how to approach his problem. But he relaxed as the two priests had shown keen interest. Now with their spelling out the guidelines he must take in this kind of situation, Father Mancuso raised his hopes for deliverance from this evil. "In investigating cases of possible diabolical interference," Chancellor Ryan went on, "we must consider the following: One, fraud and deception. Two, natural scientific causes. Three, parapsychological causes. Four, diabolical influences. And five, miracles. In this case, fraud and trickery don't seem plausible. George and Kathleen Lutz seem to be normal, balanced individuals. We think you are too. The possibilities therefore are reduced to psychological, parapsychological, or diabolical influences." "We'll exclude the miraculous," Father Nuncio broke in, "because the Divine would not involve itself in the trivial and foolish." "True," said Father Ryan. "Therefore the explanation would seem to include hallucination and autosuggestion - you know, like the invisible touches Kathy experienced - and when George thought he heard that marching band. But let's take the parapsychological line. Parapsychologists like Dr. Rhine, who works at Duke University in Durham, North Carolina, define four main operations in the science. The first three come under the general heading of ESP-extrasensory perception. They are mental telepathy, clairvoyance, and precognition, which could explain George's visions and 'picking up' information that seems to coincide with known facts about the DeFeos. The fourth parapsychological area is psychokinesis, where objects move by themselves. That would be the case with the Lutzes' ceramic lion - if it did move," he added. Father Nuncio got up to refill his cup. "All of what we've said, Frank, is part of the suggestion we have for the Lutzes. Have them contact some investigative organization like Dr. Rhine's to come in and look at the house. They'll do extensive testing and I'm sure they can come to some conclusion short of diabolical influence.”
― Anonymous
0 likes

Yukio Mishima
author of: The Sailor Who Fell from Grace with the Sea

Polls voted on by Frikitiva