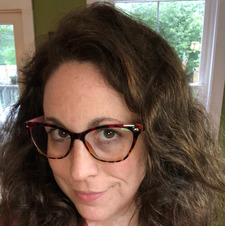 Jessica is currently reading
We Were Strangers Once
by Betsy Carter (Goodreads Author)
bookshelves: currently-reading

“Instead, the best gifts, like gifts of my sons and daughters, and like the gift of ever one of our homes, are those that invite participation, our prayer, our desire, and only then, when we have so much more to give, our gratitude. Because "a longing fulfilled is a tree of life".Proverbs 13:12

I believe beauty reflects the truth about who God is and what this world is all about.

“I don't understand, that's all. We were supposed to be friends.”
― Noelle Salazar, The Flight Girls
0 likes

“When a toxic person doesn't get his or her way, their next gambit is often to make your motives sound sinister. They will lie to others about why you won't meet. They will insist you stop what you're doing and interact with them or else pay the price.

When to Walk Away”
― Gary Thomas
0 likes

“On All Dogs Go to Heaven:

Lastly, the heaven illustrated in the movie didn't seam much like the one being advertised during Big Church services. I mean, three was a whippet dog playing the role of Saint Peter, which is super dubious because I think if dogs uniformly had to elect a particular breed as the representative sample of goodness greeting them as the shuffled off their mortal coils (leashes?) and entered into eternity, it would probably go:

1) Golden Retriever: Might be more angelic than Saint Peter IMO
2) Labrador Retriever: The All-American, apple pie-sniffing dog next door.
3) Siberian Huskies: Those eyes tho.
4) Beagle: Scrappy, overachieving everydogs
5) German Shepherd: Would be higher but lost a ton of points thanks the unfortunate connection to the Big Bads of WW2.
6) Whippets: They look like they are either embarking upon or just recovering from an intense drug habit.
LAST PLACE: CORGIS: These dogs are probably the gatekeepers to hell*.

While cute, this dog is more useless than a urinal cake-flavored Popsicle. My parents have had two of these dogs and all they were good at was being emotional terrorists. Zero stars, would not recommend.

*I know Greek myth says it's Cerberus, a giant, three-headed dog, and it makes no mention of dog breed, but I can guarantee you that Cerberus must have had three large and stupid Corgi heads.”
― Knox McCoy, The Wondering Years: How Pop Culture Helped Me Answer Life’s Biggest Questions
0 likes

“The rushing world has convinced us that beauty is something extra, not the thing itself.