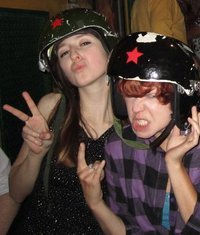 Stephanie is currently reading
The Gift: Creativity and the Artist in the Modern World
by W.Lewis Hyde
bookshelves: currently-reading

See all 4 books that Stephanie is reading…

Having and Being Had by Eula Biss
3 notes & 51 highlights
“Do all your work as if you had a thousand years to live,” Mother Ann Lee told her brethren, “and as you would if you knew you must die tomorrow.”
See Stephanie’s 5 books with notes and highlights…

“But even when Facebook isn't deliberately exploiting its users, it is exploiting its users—its business model requires it. Even if you distance yourself from Facebook, you still live in the world that Facebook is shaping. Facebook, using our native narcissism and our desire to connect with other people, captured our attention and our behavioral data; it used this attention and data to manipulate our behavior, to the point that nearly half of America began relying on Facebook for news. Then, with the media both reliant on Facebook as a way of reaching readers and powerless against the platform's ability to suck up digital advertising revenue—it was like a paperboy who pocketed all the subscription money—Facebook bent the media's economic model to match its own practices: publications needed to capture attention quickly and consistently trigger high emotional responses to be seen at all. The result, in 2016, was an unending stream of Trump stories, both from the mainstream news and from the fringe outlets that were buoyed by Facebook's algorithm. What began as a way for Zuckerberg to harness collegiate misogyny and self-interest has become the fuel for our whole contemporary nightmare, for a world that fundamentally and systematically misrepresents human needs.”
― Jia Tolentino, Trick Mirror: Reflections on Self-Delusion
tags: 2016, 2016-elections, 2016-presidential-race, algorithms, behavioral-economics, facebook, fake-news, journalism, the-media
2 likes

“These days, it is perhaps even more psychologically seamless than ever for an ordinary woman to spend her life walking toward the idealized mirage of her own self-image. She can believe – reasonably enough, and with the full encouragement of feminism – that she herself is the architect of the exquisite, constant and often pleasurable type of power that this image holds over her time, her money, her decisions, her selfhood and her soul.”
― Jia Tolentino, Trick Mirror: Reflections on Self-Delusion
tags: beauty, beauty-ideals, capitalism, empowerment, feminism, selfhood
1 likes

“March is such a fickle month. It is the seam between winter and spring—though seam suggests an even hem, and March is more like a rough line of stitches sewn by an unsteady hand, swinging wildly between January gusts and June greens. You don’t know what you’ll find, until you step outside.”
― V.E. Schwab, The Invisible Life of Addie LaRue
58 likes

“People who claim not to be prejudiced are demonstrating a profound lack of self-awareness. Ironically, they are also demonstrating the power of socialization. We have all been taught in schools, through movies, and from family members, teachers, and clergy, that it is important not to be prejudiced. Unfortunately, the prevailing belief that prejudice is bad causes us to deny its unavoidable reality. Prejudice is foundational to understanding white fragility because suggesting that white people have racial prejudice is perceived as saying that we are bad and should be ashamed. We then feel the need to defend our character rather than explore the inevitable racial prejudices we have absorbed so that we might change them. In this way, our misunderstanding about what prejudice is protects it.”
― Robin DiAngelo, White Fragility: Why It’s So Hard for White People to Talk About Racism
tags: black-lives-matter, prejudice, race-and-racism-in-america, race-in-america, racism
0 likes

Patricia B. McConnell
author of: The Other End of the Leash: Why We Do What We Do Around Dogs

Matthew Davenport
author of: The Trials of Obed Marsh

Sam Harris
author of: The End of Faith: Religion, Terror, and the Future of Reason
More…

The Most Begun "Read but Unfinished" (Started) book ever