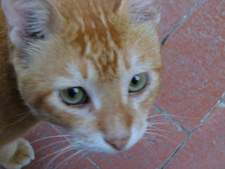 This will prevent Gaurav from sending you messages, friend request or from viewing your profile. They will not be notified. Comments on discussion boards from them will be hidden by default.
Sign in to Goodreads to learn more about Gaurav.

Gaurav is currently reading
War on Peace: The End of Diplomacy and the Decline of American Influence
by Ronan Farrow
bookshelves: currently-reading

Gaurav is currently reading
The Storm of War: A New History of the Second World War
by Andrew Roberts
bookshelves: currently-reading

See all 33 books that Gaurav is reading…

“The painter paints, the musician makes music, the novelist writes novels. But I believe that we all have some influence, not because of the fact that one is an artist, but because we are citizens. As citizens, we all have an obligation to intervene and become involved, it's the citizen who changes things. I can't imagine myself outside any kind of social or political involvement.”
― Jose Saramago
15 likes

“The loneliest moment in someone’s life is when they are watching their whole world fall apart, and all they can do is stare blankly.”
― F. Scott Fitzgerald
tags: loneliness
7370 likes

“Marriage should be between a spouse and a spouse, not a gender and a gender.”
― Hendrik Hertzberg
tags: gender, homophobia, homosexuality, marriage, same-sex-marriage
87 likes

“And further, observing that all this indeterminate substance is in motion, and that no true predication can be made of that which changes, they supposed that it is impossible to make any true statement about that which is in all ways and entirely changeable. For it was from this supposition that there blossomed forth the most extreme view of those which we have mentioned, that of the professed followers of Heraclitus, and such as Cratylus held, who ended by thinking that one need not say anything, and only moved his finger; and who criticized Heraclitus for saying that one cannot enter the same river twice, for he himself held that it cannot be done even once.”
― Aristotle
tags: cratylus, heraclitus, metaphysics
6 likes

#phdchat — 20 members — last activity Apr 28, 2011 08:38PM
To read, discuss, share, commiserate and connect to fellow #phdchat friends who like to read outside the PhD (and it might help the PhD) process.

Peter Carey
author of: True History of the Kelly Gang

Polls voted on by Gaurav