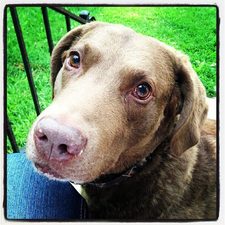 Angela is currently reading
Murder of Crows (The Others, #2)
by Anne Bishop
bookshelves: kindle, urban-fantasy, currently-reading


LOVE this book so much! Can't wait to read it again.


**Full disclosure - Navessa Allen is one of my best friends. But I can honestly say that her writing is some of the best I've ever read.**


LOVE this book so much! Can't wait to read it again.


**Full disclosure - Navessa Allen is one of my best friends. But I can honestly say that her writing is some of the best I've ever read.**

“If money was god, then conformity was the sacrificial knife with which its high priests slit our throats. No wonder we were all so fucking depressed.”
― Navessa Allen, Kings & Queens
3 likes

“Anyone in pursuit of art is responding to a desire to make visible that which is not, to offer the unknown self to others.”
― Hettie Jones
1089 likes

“We teach our girls how not to get raped with a sense of doom, a sense that we are fighting a losing battle. When I was writing this novel, friend after friend came to me telling me of something that had happened to them. A hand up their skirt, a boy who wouldn’t take no for an answer, a night where they were too drunk to give consent but they think it was taken from them anyway. We shared these stories with one another and it was as if we were discussing some essential part of being a woman, like period cramps or contraceptives. Every woman or girl who told me these stories had one thing in common: shame. ‘I was drunk . . . I brought him back to my house . . . I fell asleep at that party . . . I froze and I didn’t tell him to stop . . .’ My fault. My fault. My fault. When I asked these women if they had reported what had happened to the police, only one out of twenty women said yes. The others looked at me and said, ‘No. How could I have proved it? Who would have believed me?’ And I didn’t have any answer for that.”
― Louise O'Neill, Asking For It
tags: feminism, rape-culture, women-s-rights
93 likes

In Real Life Reading (Nonfiction)
1 chapters   —   updated May 13, 2015 06:37PM
Description: Random thoughts about reading, authors, and how they relate to my life

Juliet Marillier
author of: Daughter of the Forest

Shiloh Walker
author of: If You Hear Her

Scott Lynch
author of: The Lies of Locke Lamora
More…