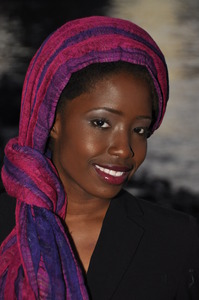 This will prevent Lynecia from sending you messages, friend request or from viewing your profile. They will not be notified. Comments on discussion boards from them will be hidden by default.
Sign in to Goodreads to learn more about Lynecia.

Lynecia is currently reading
Shame on Me: An Anatomy of Race and Belonging
by Tessa McWatt
bookshelves: currently-reading

Lynecia is currently reading
WayMaker: Finding the Way to the Life You’ve Always Dreamed Of
by Ann Voskamp
bookshelves: currently-reading

Lynecia is currently reading
I'd Rather Be Reading: The Delights and Dilemmas of the Reading Life
by Anne Bogel (Goodreads Author)
bookshelves: books-about-books, currently-reading

See all 4 books that Lynecia is reading…

“One of the most amazing and perplexing features of mainstream Christianity is that seminarians who learn the historical-critical method in their Bible classes appear to forget all about it when it comes time for them to be pastors. They are taught critical approaches to Scripture, they learn about the discrepancies and contradictions, they discover all sorts of historical errors and mistakes, they come to realize that it is difficult to know whether Moses existed or what Jesus actually said and did, they find that there are other books that were at one time considered canonical but that ultimately did not become part of Scripture (for example, other Gospels and Apocalypses), they come to recognize that a good number of the books of the Bible are pseudonymous (for example, written in the name of an apostle by someone else), that in fact we don't have the original copies of any of the biblical books but only copies made centuries later, all of which have been altered. They learn all of this, and yet when they enter church ministry they appear to put it back on the shelf. For reasons I will explore in the conclusion, pastors are, as a rule, reluctant to teach what they learned about the Bible in seminary.”
― Bart D. Ehrman, Jesus, Interrupted: Revealing the Hidden Contradictions in the Bible & Why We Don't Know About Them
tags: christianity, church, god, ministry, pastor, religion, seminary
85 likes

“In her orchard the trees had been born from deaths; they marked and grew from the remains of the children that had passed through her.”
― Nadifa Mohamed, The Orchard of Lost Souls
tags: africa, black-women, historical-fiction, somalia, war, women-s-fiction
10 likes

“Life always gives us
exactly the teacher we need
at every moment.
This includes every mosquito,
every misfortune,
every red light,
every traffic jam,
every obnoxious supervisor (or employee),
every illness, every loss,
every moment of joy or depression,
every addiction,
every piece of garbage,
every breath.

Every moment is the guru.”
― Charlotte Joko Beck

#ReadSoulLit Read Along- Tar Baby — 130 members — last activity Mar 16, 2018 09:30AM
This group is reading and discussing Tar Baby as a read along in honor of Black History Month!

Polls voted on by Lynecia