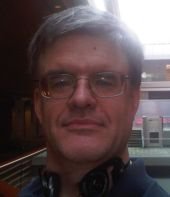 This will prevent Tom from sending you messages, friend request or from viewing your profile. They will not be notified. Comments on discussion boards from them will be hidden by default.
Sign in to Goodreads to learn more about Tom.

“When he was a lad, if you ran out into traffic, you learnt a valuable lesson – or else you became a valuable lesson for all the other kids on the street. It was natural selection in action.”
― Caimh McDonnell, The Day That Never Comes
0 likes

“Have you ever noticed how it is almost always men who are banging on about tradition? That’s because the world used to be set up exactly how they like it and things changing doesn’t suit them. That’s all tradition is: people having no other justification for the stupid way things are done.”
― Caimh McDonnell, Bloody Christmas
1 likes

“Money didn’t buy you an answer, just a nicer room in which to avoid the question.”
― Caimh McDonnell, Angels in the Moonlight
2 likes

“In June 1789 some congressmen wanted Washington to have to gain senatorial approval to fire as well as hire executive officers—the Constitution was silent on the subject; the House duly approved that crippling encroachment on executive authority. When the Senate vote ended in a tie, Vice President Adams cast the deciding vote to defeat the measure, thereby permitting the president to exert true leadership over his cabinet and, for better or worse, preventing the emergence of a parliamentary democracy.”
― Ron Chernow, Washington: A Life
1 likes

“Not one but two prisons are made by one wall.”
― David Duchovny, Holy Cow
3 likes

Building a SciFi/Fantasy Library — 3569 members — last activity Sep 09, 2020 02:44PM
Add your science-fiction or fantasy books to the list, but make sure it's not already there. . .no need for duplicate entries.

The Readers — 1068 members — last activity 13 hours, 44 min ago
The Readers is a podcast by Simon Savidge of Savidge Reads and Thomas Otto of Hogglestock, they like to talk about books... alot!

Polls voted on by Tom