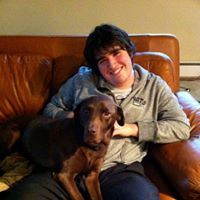 4* because I found the rest of the book either dated or forgettable. These first 72 pages are not to be missed, though.

“I wanted it so much. So much sometimes it felt like I couldn't breathe. Sometimes I would cry, not because I was sad, but because it hurt, physical pain from the intensity of wanting something so much. I'm a good student of philosophy, I know my Stoics, Cynics, their advice, that, when a desire is so intense it hurts you, the healthy path is to detach, unwant it, let it go. The healthy thing for the self. But there are a lot of reasons one can want to be an author: acclaim, wealth, self-respect, finding a community, the finite immortality of name in print, so many more. But I wanted it to add my voice to the Great Conversation, to reply to Diderot, Voltaire, Osamu Tezuka, and Alfred Bester, so people would read my books and think new things, and make new things from those thoughts, my little contribution to the path which flows from Gilgamesh and Homer to the stars. And that isn't just for me. It's for you. Which means it was the right choice to hang on to the desire, even when it hurt so much.”
― Ada Palmer, Too Like the Lightning
10 likes