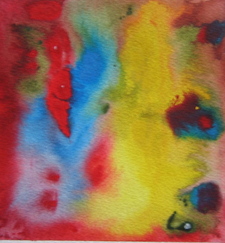 This will prevent Carrie from sending you messages, friend request or from viewing your profile. They will not be notified. Comments on discussion boards from them will be hidden by default.
Sign in to Goodreads to learn more about Carrie.

“Most people live their entire lives with their clothes on, and even if they wanted to, couldn't take them off. Then there are those who cannot put them on. They are the ones who live their lives not just as people but as examples of people. They are destined to expose every part of themselves, so the rest of us can know what it means to be a human.

Most people lead their private lives. They have been given a natural modesty that feels to them like morality, but it's not -- it's luck. They shake their heads at the people with their clothes off rather than learning about human life from their example, but they are wrong to act so superior. Some of us have to be naked, so the rest can be exempted by fate.”
― Sheila Heti, How Should a Person Be?
39 likes

“But because truly being here is so much; because everything here apparently needs us, this fleeting world, which in some strange way keeps calling to us. Us, the most fleeting of all. Once for each thing. Just once; no more. And we too, just once. And never again. But to have been this once, completely, even if only once: to have been at one with the earth, seems beyond undoing.”
― Rainer Maria Rilke
tags: purpose
19 likes

“You have to act as if it were possible to radically transform the world. And you have to do it all the time.”
― Angela Davis
227 likes

Polls voted on by Carrie