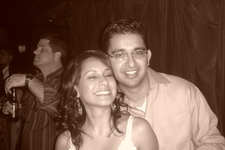 This will prevent Indy from sending you messages, friend request or from viewing your profile. They will not be notified. Comments on discussion boards from them will be hidden by default.
Sign in to Goodreads to learn more about Indy.

Indy Chakrabarti is currently reading
An Immense World: How Animal Senses Reveal the Hidden Realms Around Us
by Ed Yong
bookshelves: currently-reading

“They suspected that children learned best through undirected free play—and that a child’s psyche was sensitive and fragile. During the 1980s and 1990s, American parents and teachers had been bombarded by claims that children’s self-esteem needed to be protected from competition (and reality) in order for them to succeed. Despite a lack of evidence, the self-esteem movement took hold in the United States in a way that it did not in most of the world. So, it was understandable that PTA parents focused their energies on the nonacademic side of their children’s school. They dutifully sold cupcakes at the bake sales and helped coach the soccer teams. They doled out praise and trophies at a rate unmatched in other countries. They were their kids’ boosters, their number-one fans. These were the parents that Kim’s principal in Oklahoma praised as highly involved. And PTA parents certainly contributed to the school’s culture, budget, and sense of community. However, there was not much evidence that PTA parents helped their children become critical thinkers. In most of the countries where parents took the PISA survey, parents who participated in a PTA had teenagers who performed worse in reading. Korean parenting, by contrast, were coaches. Coach parents cared deeply about their children, too. Yet they spent less time attending school events and more time training their children at home: reading to them, quizzing them on their multiplication tables while they were cooking dinner, and pushing them to try harder. They saw education as one of their jobs.”
― Amanda Ripley, The Smartest Kids in the World: And How They Got That Way
5 likes

“This kind of parenting was typical in much of Asia—and among Asian immigrant parents living in the United States. Contrary to the stereotype, it did not necessarily make children miserable. In fact, children raised in this way in the United States tended not only to do better in school but to actually enjoy reading and school more than their Caucasian peers enrolled in the same schools. While American parents gave their kids placemats with numbers on them and called it a day, Asian parents taught their children to add before they could read. They did it systematically and directly, say, from six-thirty to seven each night, with a workbook—not organically, the way many American parents preferred their children to learn math. The coach parent did not necessarily have to earn a lot of money or be highly educated. Nor did a coach parent have to be Asian, needless to say. The research showed that European-American parents who acted more like coaches tended to raise smarter kids, too. Parents who read to their children weekly or daily when they were young raised children who scored twenty-five points higher on PISA by the time they were fifteen years old. That was almost a full year of learning. More affluent parents were more likely to read to their children almost everywhere, but even among families within the same socioeconomic group, parents who read to their children tended to raise kids who scored fourteen points higher on PISA. By contrast, parents who regularly played with alphabet toys with their young children saw no such benefit. And at least one high-impact form of parental involvement did not actually involve kids or schools at all: If parents simply read for pleasure at home on their own, their children were more likely to enjoy reading, too. That pattern held fast across very different countries and different levels of family income. Kids could see what parents valued, and it mattered more than what parents said. Only four in ten parents in the PISA survey regularly read at home for enjoyment. What if they knew that this one change—which they might even vaguely enjoy—would help their children become better readers themselves? What if schools, instead of pleading with parents to donate time, muffins, or money, loaned books and magazines to parents and urged them to read on their own and talk about what they’d read in order to help their kids? The evidence suggested that every parent could do things that helped create strong readers and thinkers, once they knew what those things were. Parents could go too far with the drills and practice in academics, just as they could in sports, and many, many Korean parents did go too far. The opposite was also true. A coddled, moon bounce of a childhood could lead to young adults who had never experienced failure or developed self-control or endurance—experiences that mattered as much or more than academic skills. The evidence suggested that many American parents treated their children as if they were delicate flowers. In one Columbia University study, 85 percent of American parents surveyed said that they thought they needed to praise their children’s intelligence in order to assure them they were smart. However, the actual research on praise suggested the opposite was true. Praise that was vague, insincere, or excessive tended to discourage kids from working hard and trying new things. It had a toxic effect, the opposite of what parents intended. To work, praise had to be specific, authentic, and rare. Yet the same culture of self-esteem boosting extended to many U.S. classrooms.”
― Amanda Ripley, The Smartest Kids in the World: And How They Got That Way
4 likes

“Wealth had made rigor unnecessary in the United States, historically speaking. Kids didn’t need to master complex material to succeed in life—not until recently, anyway. Other”
― Amanda Ripley, The Smartest Kids in the World: And How They Got That Way
1 likes

“The question then was not what other countries were doing, but why. Why did these countries have this consensus around rigor? In the education superpowers, every child knew the importance of an education. These countries had experienced national failure in recent memory; they knew what an existential crisis felt like. In many U.S. schools, however, the priorities were muddled beyond recognition. Sports were central to American students’ lives and school cultures in a way in which they were not in most education superpowers. Exchange students agreed almost universally on this point. Nine out of ten international students I surveyed said that U.S. kids placed a higher priority on sports, and six out of ten American exchange students agreed with them. Even in middle school, other researchers had found, American students spent double the amount of time playing sports as Koreans.”
― Amanda Ripley, The Smartest Kids in the World: And How They Got That Way
3 likes

“I’d been looking around the world for clues as to what other countries were doing right, but the important distinctions were not about spending or local control or curriculum; none of that mattered very much. Policies mostly worked in the margins. The fundamental difference was a psychological one. The education superpowers believed in rigor. People in these countries agreed on the purpose of school: School existed to help students master complex academic material. Other things mattered, too, but nothing mattered as much.”
― Amanda Ripley, The Smartest Kids in the World: And How They Got That Way
7 likes

Polls voted on by Indy