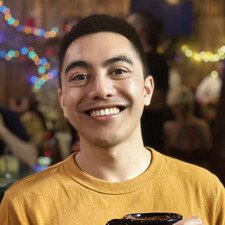 This will prevent Julian from sending you messages, friend request or from viewing your profile. They will not be notified. Comments on discussion boards from them will be hidden by default.
Sign in to Goodreads to learn more about Julian.

The Stone Sky (The Broken Earth, #3) by N.K. Jemisin
6 highlights
No need for guards when you can convince people to collaborate in their own internment.
See Julian V. Modesto’s 8 books with notes and highlights…

“The seemingly innocent phrase, “I don’t care if he’s black …” perfectly captures the perversion of Martin Luther King Jr.’s dream that we may, one day, be able to see beyond race to connect spiritually across racial lines. Saying that one does not care about race is offered as an exculpatory virtue, when in fact it can be a form of cruelty. It is precisely because we, as a nation, have not cared much about African Americans that we have allowed our criminal justice system to create a new racial undercaste. The deeply flawed nature of colorblindness, as a governing principle, is evidenced by the fact that the public consensus supporting mass incarceration is officially colorblind.”
― Michelle Alexander, The New Jim Crow: Mass Incarceration in the Age of Colorblindness
0 likes

Polls voted on by Julian