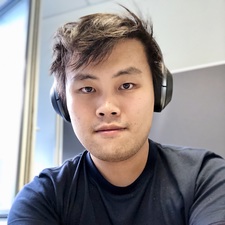 This will prevent yishn from sending you messages, friend request or from viewing your profile. They will not be notified. Comments on discussion boards from them will be hidden by default.
Sign in to Goodreads to learn more about yishn.

The Girl with No Face by M.H. Boroson
1 highlight
My life makes more sense because it is witnessed, by you, even when you don’t approve. It is a privilege to have someone who listens to me.”
See yishn’s 11 books with notes and highlights…

“Most others who were thinking ahead at all simply planned to stockpile certain foods. How much? A month, six months, a year, depending on available space and personal pessimism. Most of those thinking about stockpiling still had in their brains the idea that the crisis was likely to be a temporary one, and that somewhere along the way someone would figure out how to keep billions from starving to death in the habitats that would increasingly fall to entropy. To think otherwise would raise the question of why bother to stockpile at all.”
― John Scalzi, The Last Emperox
4 likes

“Sometimes the world’s most brilliant ideas don’t work. Doesn’t make them any less insightful.”
― Andrew Rowe, On the Shoulders of Titans
10 likes

“Lies do not in themselves lead to poor outcomes, nor does truth in every circumstance lead to good ones. As with so many things, context matters.”
― John Scalzi, The Last Emperox
4 likes

“That's what war is," Cobb told me. "A bunch of sorry, desperate fools on both sides, just trying to stay alive. That's the part that those stories you love leave out, isn't it? It's always more convenient when you can fight a dragon. Something you don't have to worry you'll start caring about.”
― Brandon Sanderson, Starsight
tags: empathy, inspirational, war
46 likes

yishn hasn't connected with his friends on Goodreads, yet.

Polls voted on by yishn