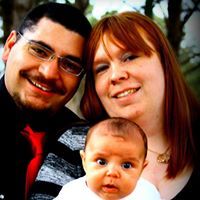 This will prevent Steph from sending you messages, friend request or from viewing your profile. They will not be notified. Comments on discussion boards from them will be hidden by default.
Sign in to Goodreads to learn more about Steph .

Steph Wenburg is currently reading
The Miracle Morning: The Not-So-Obvious Secret Guaranteed to Transform Your Life: Before 8AM
by Hal Elrod (Goodreads Author)
bookshelves: currently-reading

Steph Wenburg is currently reading
2,000 to 10,000: How to Write Faster, Write Better, and Write More of What You Love
by Rachel Aaron (Goodreads Author)
bookshelves: currently-reading

“You wrote down that you were a writer by profession. It sounded to me like the loveliest euphemism I had ever heard. When was writing ever your profession? It's never been anything but your religion. Never. I'm a little over-excited now. Since it is your religion, do you know what you will be asked when you die? But let me tell you first what you won't be asked. You won't be asked if you were working on a wonderful moving piece of writing when you died. You won't be asked if it was long or short, sad or funny, published or unpublished. You won't be asked if you were in good or bad form while you were working on it. You won't even be asked if it was the one piece of writing you would have been working on if you had known your time would be up when it was finished--I think only poor Soren K. will get asked that. I'm so sure you'll get asked only two questions.' Were most of your stars out? Were you busy writing your heart out? If only you knew how easy it would be for you to say yes to both questions. If only you'd remember before ever you sit down to write that you've been a reader long before you were ever a writer. You simply fix that fact in your mind, then sit very still and ask yourself, as a reader, what piece of writing in all the world Buddy Glass would most want to read if he had his heart's choice. The next step is terrible, but so simple I can hardly believe it as I write it. You just sit down shamelessly and write the thing yourself. I won't even underline that. It's too important to be underlined. Oh, dare to do it, Buddy ! Trust your heart. You're a deserving craftsman. It would never betray you.”
― J.D. Salinger, Raise High the Roof Beam, Carpenters & Seymour: An Introduction
11 likes

“If you want to be a writer, you must do two things above all others: read a lot and write a lot.”
― Stephen King
tags: writing
3826 likes

“Above all, don't lie to yourself. The man who lies to himself and listens to his own lie comes to a point that he cannot distinguish the truth within him, or around him, and so loses all respect for himself and for others. And having no respect he ceases to love.”
― Fyodor Dostoevsky, The Brothers Karamazov
tags: lies, love, respect, self-deception, truth
9010 likes

“Dead people receive more flowers than the living ones because regret is stronger than gratitude.”
― Anne Frank
364 likes

Nebraska Writers Guild — 32 members — last activity May 04, 2020 10:49AM
Join us for discussions about Nebraska authors, readalongs, and Q&A sessions. This group promotes members of the Nebraska Writers Group.

Polls voted on by Steph