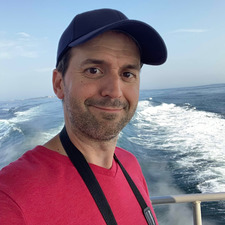 See all 65 books that Mark is reading…

“Bear even served in the U.S. Military, teaching infantry soldiers how to blow up tanks— skills that come in handy during those daily scrum meetings.”
― Anonymous
0 likes

“Admitting that one’s life rested on some sort of faith was, in Kuyper’s mind, simply a matter of intellectual honesty. To deny faith’s role, to claim pure objectivity and rationality, was a “culpable blindfolding” of the self (Encyclopedia, 152). Moderns who declared that they could transcend the superstitions of faith and ground their thought “exclusively upon the action of the senses” were, according to Kuyper, “entirely mistaken, and allow themselves a leap to which they have no right” (Encyclopedia, 132). Every system of human thought pivoted on some deep fulcrum,”
― Matthew Kaemingk, Christian Hospitality and Muslim Immigration in an Age of Fear
0 likes

“To be human is to be on a quest. To live is to be embarked on a kind of unconscious journey toward a destination of your dreams. As Blaise Pascal put it in his famous wager: “You have to wager. It is not up to you, you are already committed.”7 You can’t not bet your life on something. You can’t not be headed somewhere. We live leaning forward, bent on arriving at the place we long for.”
― James K.A. Smith, You Are What You Love: The Spiritual Power of Habit
0 likes

“For Kuyper, ideological hegemony was not merely irrational—it was blasphemous. For, Kuyper declared, whenever religious freedom is crushed, “God’s name” is “robbed of its splendor.”28”
― Matthew Kaemingk, Christian Hospitality and Muslim Immigration in an Age of Fear
0 likes

Arthur Conan Doyle
author of: A Study in Scarlet

Francis A. Schaeffer
author of: How Should We Then Live? The Rise and Decline of Western Thought and Culture

George MacDonald
author of: The Princess and the Goblin
More…