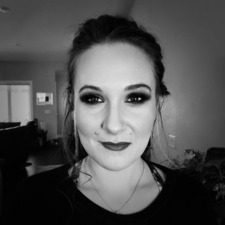 This will prevent Dani from sending you messages, friend request or from viewing your profile. They will not be notified. Comments on discussion boards from them will be hidden by default.
Sign in to Goodreads to learn more about Dani.

They call them stupid. They understand what we say
better than we understand them. She understands all she wants to. Vindictive too. Cruel. Her nature.”
― James Joyce, Ulysses

“Orwell's vision of our terrible future was that world-- the world in which books are banned or burned. Yet it is not the most terrifying world I can think of. I think instead of Huxley-- ...I think of his Brave New World. His vision was the more terrible, especially because now it appears to be rapidly coming true, whereas the world of 1984 did not. What's Huxley's horrific vision? It is a world where there is no need for books to be banned, because no one can be bothered to read one.”
― Marcus Sedgwick, The Monsters We Deserve
tags: 1984, aldous-huxley, books, brave-new-world, dystopia, future, orwell, orwellian-nightmare, reading
0 likes

“We are all amateurs at grief, although sooner or later every one of us will lose someone close to us.”
― Long Litt Woon, Minun sienipolkuni - sienestyksen parantava vaikutus
tags: death, grief, loss, time
1 likes

Han Kang
author of: The Vegetarian

Roald Dahl
author of: Charlie and the Chocolate Factory

Polls voted on by Dani