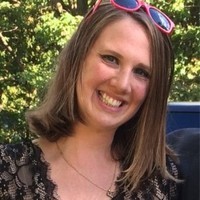 This will prevent Mallory from sending you messages, friend request or from viewing your profile. They will not be notified. Comments on discussion boards from them will be hidden by default.
Sign in to Goodreads to learn more about Mallory.

“I have spied for you and lied for you, put myself in mortal danger for you. Everything was supposed to be to keep Lily Potter’s son safe. Now you tell me you have been raising him like a pig for slaughter —”
― J.K. Rowling, Harry Potter and the Deathly Hallows
tags: severus-snape
159 likes

“You don't put your life into your books, you find it there.”
― Alan Bennett, The Uncommon Reader
tags: books, life
213 likes

“But somebody else had spoken Snape’s name, quite softly.
“Severus . . .”
The sound frightened Harry beyond anything he had experienced all evening. For the first time, Dumbledore was pleading.
Snape gazed for a moment at Dumbledore, and there was revulsion and hatred etched in the harsh lines of his face.
“Severus . . . please . . .”
Snape raised his wand and pointed it directly at Dumbledore.
“Avada Kedavra!”
A jet of green light shot from the end of Snape’s wand and hit Dumbledore squarely in the chest. Harry’s scream of horror never left him; silent and unmoving, he was forced to watch as Dumbledore was blasted into the air. For a split second, he seemed to hang suspended beneath the shining skull, and then he fell slowly backward, like a great rag doll, over the battlements and out of sight.”
― J.K. Rowling, Harry Potter and the Half-Blood Prince

Most pathetic heroine EVER

Polls voted on by Mallory