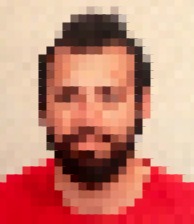 This will prevent Luca from sending you messages, friend request or from viewing your profile. They will not be notified. Comments on discussion boards from them will be hidden by default.
Sign in to Goodreads to learn more about Luca.

“From my father I had learned, long after I had stopped following him along the paths, that in certain lives there are mountains to which we may never return. That in lives like his and mine, you cannot go back to the mountain that is in the center of all the rest, and at the beginning of your own story. And that wandering around the eight mountains is all that remains for those who, like us, on the first and highest, have lost a friend”
― Paolo Cognetti, Le otto montagne
5 likes

Polls voted on by Luca