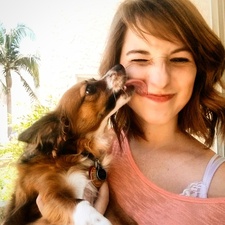 This will prevent Becca from sending you messages, friend request or from viewing your profile. They will not be notified. Comments on discussion boards from them will be hidden by default.
Sign in to Goodreads to learn more about Becca.

“He would move on. Because he would not be like the ancient kings in the song and keep her for himself. She deserved a loyal, brave knight who saw her for what she was and did not fear her. And he deserved someone who would look at him like that, even if the love wouldn't be the same, even if the girl wouldn't be her.

So Dorian closed his eyes, and took another long breath. And when he opened his eyes, he let her go.”
― Sarah J. Maas, Crown of Midnight
283 likes

“How wild it was, to let it be.”
― Cheryl Strayed, Wild: From Lost to Found on the Pacific Crest Trail
656 likes

“Don't surrender all your joy for an idea you used to have about yourself that isn't true anymore.”
― Cheryl Strayed, Tiny Beautiful Things: Advice on Love and Life from Dear Sugar
694 likes

“It does not do to dwell on dreams and forget to live.”
― J.K. Rowling, Harry Potter and the Sorcerer's Stone
tags: dreams, life
47937 likes

Polls voted on by Becca