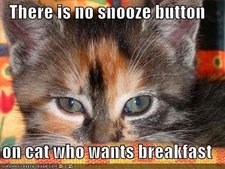 This will prevent Lauren from sending you messages, friend request or from viewing your profile. They will not be notified. Comments on discussion boards from them will be hidden by default.
Sign in to Goodreads to learn more about Lauren.

Lauren Willshire said: " well written. full of passion and excitement. the cards were a very interesting and unique idea. impressive for a formula romance set in modern times. If one enjoys romance novels or literotica this is a great book to add to that collection. "
progress:    (page 320 of 320) — Jul 25, 2015 09:53AM

“I'm selfish, impatient and a little insecure. I make mistakes, I am out of control and at times hard to handle. But if you can't handle me at my worst, then you sure as hell don't deserve me at my best.”
― Marilyn Monroe
tags: attributed-no-source, best, life, love, misattributed-marilyn-monroe, mistakes, out-of-control, truth, worst
160318 likes

“Women and cats will do as they please, and men and dogs should relax and get used to the idea.”
― Robert A. Heinlein
tags: cats, humor, women
28552 likes

“A number of years ago, when I was a freshly-appointed instructor, I met, for the first time, a certain eminent historian of science. At the time I could only regard him with tolerant condescension.

I was sorry of the man who, it seemed to me, was forced to hover about the edges of science. He was compelled to shiver endlessly in the outskirts, getting only feeble warmth from the distant sun of science- in-progress; while I, just beginning my research, was bathed in the heady liquid heat up at the very center of the glow.

In a lifetime of being wrong at many a point, I was never more wrong. It was I, not he, who was wandering in the periphery. It was he, not I, who lived in the blaze.

I had fallen victim to the fallacy of the 'growing edge;' the belief that only the very frontier of scientific advance counted; that everything that had been left behind by that advance was faded and dead.

But is that true? Because a tree in spring buds and comes greenly into leaf, are those leaves therefore the tree? If the newborn twigs and their leaves were all that existed, they would form a vague halo of green suspended in mid-air, but surely that is not the tree. The leaves, by themselves, are no more than trivial fluttering decoration. It is the trunk and limbs that give the tree its grandeur and the leaves themselves their meaning.

There is not a discovery in science, however revolutionary, however sparkling with insight, that does not arise out of what went before. 'If I have seen further than other men,' said Isaac Newton, 'it is because I have stood on the shoulders of giants.”
― Isaac Asimov, Adding a Dimension: Seventeen Essays on the History of Science

“Love is that condition in which the happiness of another person is essential to your own.”
― Robert A. Heinlein, Stranger in a Strange Land
tags: essential, happiness, love
30318 likes

Books That Will Be Kickass When They Come Out

Polls voted on by Lauren