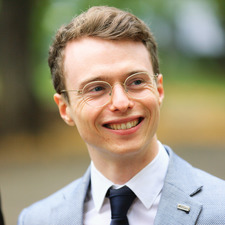 Todd Davies is currently reading
The Art of Doing Science and Engineering: Learning to Learn
by Richard Hamming
bookshelves: currently-reading

“Heroes are heroes because they are heroic in behavior, not because they won or lost.”
― Nassim Nicholas Taleb, Fooled by Randomness: The Hidden Role of Chance in Life and in the Markets
159 likes

“A mistake is not something to be determined after the fact, but in light of the information available until that point”
― Nassim Nicholas Taleb, Fooled by Randomness: The Hidden Role of Chance in Life and in the Markets
31 likes

“Reality is far more vicious than Russian roulette. First, it delivers the fatal bullet rather infrequently, like a revolver that would have hundreds, even thousands of chambers instead of six. After a few dozen tries, one forgets about the existence of a bullet, under a numbing false sense of security. Second, unlike a well-defined precise game like Russian roulette, where the risks are visible to anyone capable of multiplying and dividing by six, one does not observe the barrel of reality. One is capable of unwittingly playing Russian roulette - and calling it by some alternative “low risk” game.”
― Nassim Nicholas Taleb, Fooled by Randomness: The Hidden Role of Chance in Life and in the Markets
tags: reality-check, truth
58 likes