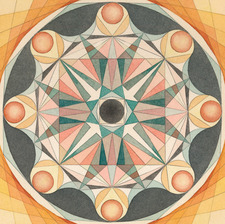 This will prevent Essemsee from sending you messages, friend request or from viewing your profile. They will not be notified. Comments on discussion boards from them will be hidden by default.
Sign in to Goodreads to learn more about Essemsee.

Essemsee is currently reading
The Heart of Social Change: How to Make a Difference in Your World (Nonviolent Communication Guides)
by Marshall B. Rosenberg
bookshelves: currently-reading

Essemsee is currently reading
Self-Compassion: The Proven Power of Being Kind to Yourself
by Kristin Neff
bookshelves: currently-reading

See all 24 books that Essemsee is reading…

“It is not the critic who counts; not the man who points out how the strong man stumbles, or where the doer of deeds could have done them better. The credit belongs to the man who is actually in the arena, whose face is marred by dust and sweat and blood; who strives valiantly; who errs, who comes short again and again, because there is no effort without error and shortcoming; but who does actually strive to do the deeds; who knows great enthusiasms, the great devotions; who spends himself in a worthy cause; who at the best knows in the end the triumph of high achievement, and who at the worst, if he fails, at least fails while daring greatly, so that his place shall never be with those cold and timid souls who neither know victory nor defeat.”
― Theodore Roosevelt
tags: inspirational, politics, presidential
7615 likes

“Do what you can, with what you have, where you are.”
― Theodore Roosevelt
tags: inspirational
23511 likes

“I learned this, at least, by my experiment: that if one advances confidently in the direction of his dreams, and endeavors to live the life which he has imagined, he will meet with a success unexpected in common hours.”
― Henry David Thoreau, Walden: Or, Life in the Woods
8192 likes

“A human being is a part of the whole called by us universe, a part limited in time and space. He experiences himself, his thoughts and feeling as something separated from the rest, a kind of optical delusion of his consciousness. This delusion is a kind of prison for us, restricting us to our personal desires and to affection for a few persons nearest to us. Our task must be to free ourselves from this prison by widening our circle of compassion to embrace all living creatures and the whole of nature in its beauty.”
― Albert Einstein
tags: compassion, einstein, nature, philosophy
7262 likes

“Whenever you find yourself on the side of the majority, it is time to reform (or pause and reflect).”
― Mark Twain
tags: individuality, majority, minority, pause, reflect, wisdom
43390 likes

From the Pages of the New Yorker

Polls voted on by Essemsee