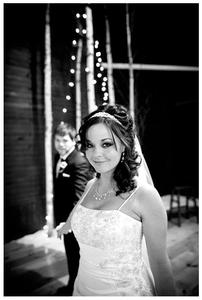 Anna Christina is currently reading
Captured by Grace: No One Is Beyond the Reach of a Loving God
by David Jeremiah (Goodreads Author)
bookshelves: currently-reading

“To have Faith in Christ means, of course, trying to do all that He says. There would be no sense in saying you trusted a person if you would not take his advice. Thus if you have really handed yourself over to Him, it must follow that you are trying to obey Him. But trying in a new way, a less worried way. Not doing these things in order to be saved, but because He has begun to save you already. Not hoping to get to Heaven as a reward for your actions, but inevitably wanting to act in a certain way because a first faint gleam of Heaven is already inside you.”
― C.S. Lewis, Mere Christianity
tags: benevolence, christianity, faith, obedience
1634 likes

“There is nothing in the world so irresistibly contagious as laughter and good humor.”
― Charles Dickens, A Christmas Carol
tags: humor, laughter
5495 likes

“But courage, child: we are all between the paws of the true Aslan.”
― C.S. Lewis, The Last Battle
tags: narnia
555 likes