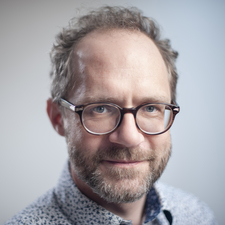 This will prevent Paul from sending you messages, friend request or from viewing your profile. They will not be notified. Comments on discussion boards from them will be hidden by default.
Sign in to Goodreads to learn more about Paul.

See all 11 books that Paul is reading…

“But if thought corrupts language, language can also corrupt thought. A bad usage can spread by tradition and imitation even among people who should and do know better. The debased language that I have been discussing is in some ways very convenient. Phrases like a not unjustifiable assumption, leaves much to be desired, would serve no good purpose, a consideration which we should do well to bear in mind, are a continuous temptation, a packet of aspirins always at one's elbow. Look back through this essay, and for certain you will find that I have again and again committed the very faults I am protesting against. By this morning's post I have received a pamphlet dealing with conditions in Germany. The author tells me that he "felt impelled" to write it. I open it at random, and here is almost the first sentence I see: "[The Allies] have an opportunity not only of achieving a radical transformation of Germany's social and political structure in such a way as to avoid a nationalistic reaction in Germany itself, but at the same time of laying the foundations of a co-operative and unified Europe." You see, he "feels impelled" to write -- feels, presumably, that he has something new to say -- and yet his words, like cavalry horses answering the bugle, group themselves automatically into the familiar dreary pattern. This invasion of one's mind by ready-made phrases (lay the foundations, achieve a radical transformation) can only be prevented if one is constantly on guard against them, and every such phrase anaesthetizes a portion of one's brain.”
― George Orwell, Politics and the English Language
21 likes

“Not-knowing is true knowledge.
Presuming to know is a disease.
First realize that you are sick;
then you can move toward health.”
― Lao Tzu, Tao Te Ching

Polls voted on by Paul