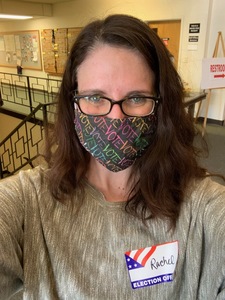 “For instance, on the planet Earth, man had always assumed that he was more intelligent than dolphins because he had achieved so much—the wheel, New York, wars and so on—whilst all the dolphins had ever done was muck about in the water having a good time. But conversely, the dolphins had always believed that they were far more intelligent than man—for precisely the same reasons.”
― Douglas Adams, The Hitchhiker's Guide to the Galaxy
tags: humour
9940 likes

“I declare after all there is no enjoyment like reading! How much sooner one tires of any thing than of a book! -- When I have a house of my own, I shall be miserable if I have not an excellent library.”
― Jane Austen, Pride and Prejudice
tags: books, library, reading
19649 likes

“Darkness cannot drive out darkness: only light can do that. Hate cannot drive out hate: only love can do that.”
― Martin Luther King Jr., A Testament of Hope: The Essential Writings and Speeches
tags: darkness, drive-out, hate, inspirational, light, love, peace
76187 likes

“Isn't it enough to see that a garden is beautiful without having to believe that there are fairies at the bottom of it too?”
― Douglas Adams, The Hitchhiker's Guide to the Galaxy
tags: atheism, religion, skeptic
3424 likes

“The person, be it gentleman or lady, who has not pleasure in a good novel, must be intolerably stupid.”
― Jane Austen, Northanger Abbey
tags: aliteracy, books, classic, humor
50352 likes