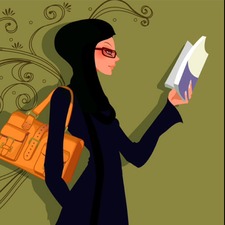 This will prevent Jewel from sending you messages, friend request or from viewing your profile. They will not be notified. Comments on discussion boards from them will be hidden by default.
Sign in to Goodreads to learn more about Jewel.

“it is a fruitless quest to try to blend in when you are created to stand out.”
― Jean Grainger, Last Port of Call
0 likes

“At the moment she was reading a story about an archaeologist who had uncovered a plot to kill an Egyptian nobleman when he read the hieroglyphics in a previously unopened tomb in the Valley of the Kings. They revealed a curse on the nobleman’s family through time, all the way back to Ramesses. She’d had a marvellous time reading up about the tombs across the Nile from Luxor in Egypt and saw some truly graphic pictures of people who were now blind because of the river blindness caused by the blackfly there.”
― Jean Grainger, Last Port of Call
0 likes

“I felt safe when I was with Eli. I felt like I was home when I was with Miles. But no one made me feel as protected as the vigilante did. He had saved my life.”
― Ivy Smoak, Made of Steel
0 likes

“Johanna sat by the fire every night and worked on her tapestry. Dumfries waited until she was settled in her chair and then draped himself across her feet. It became a ritual for Alex to squeeze himself up next to her and fall asleep during her stories about fierce warriors and fair maidens. Johanna's tales all had a unique twist, for none of the heroines she told stories about ever needed to be rescued by their knights in shining armor. More often than not, the fair maidens rescued their knights.
Gabriel couldn't take issue with his wife. She was telling Alex the truth. It was a fact that maidens could rescue mighty, arrogant warriors. Johanna had certainly rescued him from a bleak, cold existence. She'd given him a family and a home. She was his love, his joy, his companion.
She was his saving grace.”
― Julie Garwood, Saving Grace

Let's Talk About Julie Garwood — 357 members — last activity Nov 28, 2017 01:04AM
For fans of romance writer, Julie Garwood. If you love her historicals or her contemporaries, then come on in and have fun.

Polls voted on by Jewel