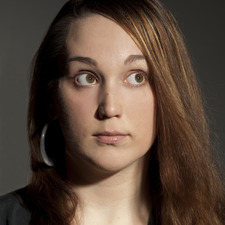 This will prevent Kat from sending you messages, friend request or from viewing your profile. They will not be notified. Comments on discussion boards from them will be hidden by default.
Sign in to Goodreads to learn more about Kat.

Kat Arnett is currently reading
21 Things You May Not Know About the Indian Act: Helping Canadians Make Reconciliation with Indigenous Peoples a Reality
by Bob Joseph
bookshelves: currently-reading

See all 4 books that Kat is reading…

“How slow life is, how violent hope is.”
― Guillaume Apollinaire
1898 likes

“so deeply ingrained is the unconscious northern hemisphere chauvinism in those of us who live there, and even some who don't. 'Unconscious' is exactly right. That is where consciousness-raising comes in. It is for a deeper reason than gimmicky fun that, in Australia and New Zealand, you can buy maps of the world with the South Pole on top. What splendid consciousness-raisers those maps would be, pinned to the walls of our northern hemisphere classrooms. Day after day, the children would be reminded that 'north' is an arbitrary polarity which has no monopoly on 'up'.”
― Richard Dawkins, The God Delusion
tags: consciousness-raising
10 likes

“I don’t have an issue with what you do in the church, but I’m gonna be up in your face if you’re gonna knock on my science classroom and tell me they’ve got to teach what you’re teaching in your Sunday school. Because that’s when we’re gonna fight!”
― Neil deGrasse Tyson
32 likes

“Your garden is a protest. It is a place of defiant compassion.
It is a space to help sustain wildlife and ecosystem function while providing an aesthetic response that moves you. For you, beauty isn’t just petal-deep but goes down into the soil, farther down into the aquifer and back up into the air and for miles around on the backs and legs of insects. You don’t have to see microbes in action, birds eating seeds, butterflies laying eggs, ants farming aphids….Your garden is a protest for all the ways in which we deny our life by denying other lives. Plant some natives. Be defiantly compassionate.”
― Benjamin Vogt, A New Garden Ethic: Cultivating Defiant Compassion for an Uncertain Future
tags: gardens
3 likes

“We cannot live for ourselves alone. Our lives are connected by a thousand invisible threads, and along these sympathetic fibers, our actions run as causes and return to us as results.”
― Henry Melvill
tags: action, altruism, cause-and-effect, connected, connection, fiber, generosity, invisible, life, live, results, selfishness, selflessness, sympathy
57 likes

Big Fat Books Worth the Effort

Polls voted on by Kat