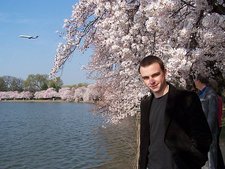 This will prevent Henry from sending you messages, friend request or from viewing your profile. They will not be notified. Comments on discussion boards from them will be hidden by default.
Sign in to Goodreads to learn more about Henry.

Henry Lacy is currently reading
The Disappearing Spoon: And Other True Tales of Madness, Love, and the History of the World from the Periodic Table of the Elements
by Sam Kean
bookshelves: currently-reading

“To understand just one life you have to swallow the world ... do you wonder, then, that I was a heavy child?”
― Salman Rushdie, Midnight's Children
tags: interconnectedness, life
244 likes

“The people who were trying to make this world worse are not taking the day off. Why should I?”
― Bob Marley
1106 likes

“If you were an atheist, Birbal," the Emperor challenged his first minister, "what would you say to the true believers of all the great religions of the world?" Birbal was a devout Brahmin from Trivikrampur, but he answered unhesitatingly, "I would say to them that in my opinion they were all atheists as well; I merely believe in one god less than each of them." "How so?" the Emperor asked. "All true believers have good reasons for disbelieving in every god except their own," said Birbal. "And so it is they who, between them, give me all the reasons for believing in none."

-- From "The Shelter of the World”
― Salman Rushdie, The Enchantress of Florence
tags: belief
121 likes

Degenerate Book Club of Arlington — 8 members — last activity Feb 01, 2008 05:57AM
A book club where reading is optional, but drinking is not.

Polls voted on by Henry