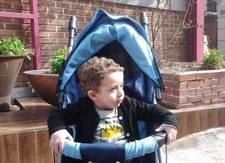 This will prevent Hala from sending you messages, friend request or from viewing your profile. They will not be notified. Comments on discussion boards from them will be hidden by default.
Sign in to Goodreads to learn more about Hala.

“He fills me with horror and I do not hate him. How can I hate him, Raoul? Think of Erik at my feet, in the house on the lake, underground. He accuses himself, he curses himself, he implores my forgiveness!...He confesses his cheat. He loves me! He lays at my feet an immense and tragic love. ... He has carried me off for love!...He has imprisoned me with him, underground, for love!...But he respects me: he crawls, he moans, he weeps!...And, when I stood up, Raoul, and told him that I could only despise him if he did not, then and there, give me my liberty...he offered it...he offered to show me the mysterious road...Only...only he rose too...and I was made to remember that, though he was not an angel, nor a ghost, nor a genius, he remained the voice...for he sang. And I listened ... and stayed!...That night, we did not exchange another word. He sang me to sleep.”
― Gaston Leroux, The Phantom of the Opera
tags: angel, ghost, horror, phantom
68 likes

Polls voted on by Hala