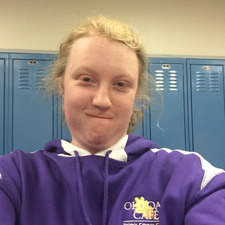 This will prevent Sydney from sending you messages, friend request or from viewing your profile. They will not be notified. Comments on discussion boards from them will be hidden by default.
Sign in to Goodreads to learn more about Sydney.

See all 171 books that Sydney is reading…

“It all must have cost a fortune, guessed Lucy, who had lost track of the actual total sometime around December 18. Oh, sure, it had been great fun for the hour or two it took to open all the presents, but those credit card balances would linger for months. And what was she going to do about the letter? It was from the financial aid office at Chamberlain College advising her that they had reviewed the family’s finances and had cut Elizabeth’s aid package by ten thousand dollars. That meant they had to come up with the money or Elizabeth would have to leave school. She guiltily fingered the diamond studs Bill had surprised her with, saying they were a reward for all the Christmases he was only able to give her a handmade coupon book of promises after they finished buying presents for the kids. It was a lovely gesture, but she knew they couldn’t really afford it. She wasn’t even sure he had work lined up for the winter.”
― Leslie Meier, New Year's Eve Murder
4 likes

“A British professor of theology once described to me the world to which believers will go as “an unknown country with a well-known inhabitant.” When Jesus Christ the courier has already become well known to us through the Gospels and Pastoral Letters of the New Testament, the prospect of transitioning with him into a world in which we shall see him as he is and be constantly in his company will be something we find alluring rather than alarming.”
― J.I. Packer, Finishing Our Course with Joy: Guidance from God for Engaging with Our Aging
3 likes

“William Faulkner was once asked how he went about writing a book. His answer: “It’s like building a chicken coop in a high wind. You grab any board or shingle flying by or loose on the ground and nail it down fast.” Like becoming a pastor.”
― Eugene H. Peterson, The Pastor: A Memoir
4 likes

“He pauses at my first button and searches my face. Touching him was never a part of the deal, and he must be wondering why I’m doing it willingly. I don’t know if he hates or loves it, but I don’t give him or myself time to think about it. I lift my knee and hit him in the crotch. Hard. As hard as I can. His face contorts and his hands shoot out for me, but I duck and run past him. A huge grin pulls on my face. I just kneed Aiden fucking King in the balls!”
― Rina Kent, Deviant King
9 likes

“Paulette told me she thinks Sylvia isn’t hooking any more, and I finally figured out what that means. I’ve also learned why several of my housemates have perpetual runny, and sometimes bloody noses. Paul demonstrated how he arranges the white powder on a mirror laid on the kitchen table, but I declined his invitation to try it out. Too scary.”
― Diane Winger, The Abandoned Girl
2 likes

Polls voted on by Sydney