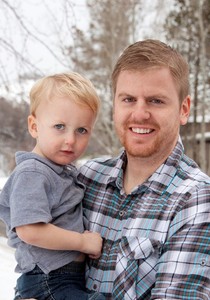 This will prevent Stephen from sending you messages, friend request or from viewing your profile. They will not be notified. Comments on discussion boards from them will be hidden by default.
Sign in to Goodreads to learn more about Stephen.

“A reader lives a thousand lives before he dies, said Jojen. The man who never reads lives only one.”
― George R.R. Martin, A Dance with Dragons
tags: read, readers, reading, reading-books
34635 likes

“I have always imagined that Paradise will be a kind of library.”
― Jorge Luis Borges
tags: books, library
29497 likes

“Since the moment when, at the sigh of his beloved and dying brother, Levin for the first time looked at the questions of life and death in the light of the new convictions, as he called them...he had been less horrified by death than by life without the least knowledge of whence it came, what it is for, why, and what it is. Organisms, their destruction, the indestructibility of matter, the law of the conservation of energy, development--the terms that had superseded these beliefs--were very useful for mental purposes; but they gave no guidance for life, and Levin suddenly felt like a person who has exchanged a thick fur coat fora muslin garment and who, being out in the frost for the first time, becomes clearly convinced, not by arguments, but with the whole of his being that he is as good as naked and that he must inevitably perish miserably. From that moment, without thinking about it and though he continued living as he had done heretofore, Levin never ceased to feel afraid of his ignorance...What astounded and upset him most in his connection, was that the majority of those in his set and of his age, did not see anything to be distressed about, and were quite contented and tranquil. So that, besides the principal question, Levin was tormented by other questions: were these people sincere? Were they not pretending? Or did they understand, possibly in some different or clearer way than he, the answers science gives to the questions he was concerned with?”
― Leo Tolstoy, Anna Karenina
4 likes

“If an Elder shall give us a lecture upon astronomy, chemistry, or geology, our religion embraces it all. It matters not what the subject be, if it tends to improve the mind, exalt the feelings, and enlarge the capacity. The truth that is in all the arts and sciences forms part of our religion. Faith is no more a part of it than any other true principle of philosophy.”
― Brigham Young
9 likes

“Even in our sleep, pain which cannot forget
falls drop by drop upon the heart
until, in our own despair, against our will,
comes wisdom through the awful grace of God.”
― Aeschylus

Polls voted on by Stephen