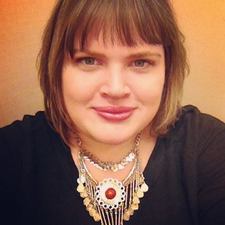 This will prevent Andrea from sending you messages, friend request or from viewing your profile. They will not be notified. Comments on discussion boards from them will be hidden by default.
Sign in to Goodreads to learn more about Andrea .

Andrea is currently reading
The Residence: Inside the Private World of the White House
by Kate Andersen Brower (Goodreads Author)
bookshelves: currently-reading

“It would seem that Our Lord finds our desires not too strong, but too weak. We are half-hearted creatures, fooling about with drink and sex and ambition when infinite joy is offered us, like an ignorant child who wants to go on making mud pies in a slum because he cannot imagine what is meant by the offer of a holiday at the sea. We are far too easily pleased.”
― C.S. Lewis, The Weight of Glory, and Other Addresses
tags: christianity
2483 likes

“It is not the critic who counts; not the man who points out how the strong man stumbles, or where the doer of deeds could have done them better. The credit belongs to the man who is actually in the arena, whose face is marred by dust and sweat and blood; who strives valiantly; who errs, who comes short again and again, because there is no effort without error and shortcoming; but who does actually strive to do the deeds; who knows great enthusiasms, the great devotions; who spends himself in a worthy cause; who at the best knows in the end the triumph of high achievement, and who at the worst, if he fails, at least fails while daring greatly, so that his place shall never be with those cold and timid souls who neither know victory nor defeat.”
― Theodore Roosevelt
tags: inspirational, politics, presidential
6974 likes

“Whenever you find yourself on the side of the majority, it is time to reform (or pause and reflect).”
― Mark Twain
tags: individuality, majority, minority, pause, reflect, wisdom
42807 likes

“In three words I can sum up everything I've learned about life: it goes on.”
― Robert Frost
tags: life
102687 likes

“I am so clever that sometimes I don't understand a single word of what I am saying.”
― Oscar Wilde, The Happy Prince and Other Stories
tags: intelligence, self-deprecation
68295 likes

Brennan Manning
author of: The Ragamuffin Gospel: Good News for the Bedraggled, Beat-Up, and Burnt Out

Nicole Krauss
author of: The History of Love

Flannery O'Connor
author of: A Good Man is Hard to Find and Other Stories

Jonathan Tropper
author of: This is Where I Leave You
More…