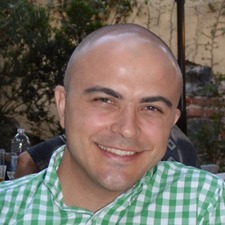 This will prevent Nikolay from sending you messages, friend request or from viewing your profile. They will not be notified. Comments on discussion boards from them will be hidden by default.
Sign in to Goodreads to learn more about Nikolay.

Nikolay is currently reading
Mindreader: The New Science of Deciphering What People Really Think, What They Really Want, and Who They Really Are
by David J. Lieberman (Goodreads Author)
bookshelves: currently-reading

See all 24 books that Nikolay is reading…

“Outside of a dog, a book is man's best friend. Inside of a dog it's too dark to read.”
― Groucho Marx, The Essential Groucho: Writings For By And About Groucho Marx
tags: animals, books, dogs, friends, humor
37645 likes

“The truth is rarely pure and never simple.”
― Oscar Wilde, The Importance of Being Earnest
tags: truth
16898 likes

“An expert is a person who has made all the mistakes that can be made in a very narrow field.”
― Niels Bohr
tags: science
4028 likes

Polls voted on by Nikolay