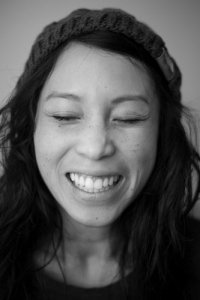 Angela is currently reading
What My Bones Know: A Memoir of Healing from Complex Trauma
by Stephanie Foo (Goodreads Author)
bookshelves: currently-reading

Angela is currently reading
Good Inside: A Guide to Becoming the Parent You Want to Be
by Becky Kennedy
bookshelves: currently-reading

Angela is currently reading
The Gifts of Imperfection: Let Go of Who You Think You're Supposed to Be and Embrace Who You Are
by Brené Brown (Goodreads Author)
bookshelves: currently-reading

Navigating Mormon Faith Crisis: A Simple Developmental Map by Thomas Wirthlin McConkie
4 highlights
The greater our faith, the greater doubt we can tolerate.

“Months before being assassinated, Malcolm X faced a fact many admirers of Malcolm X still refuse to face: Black people can be racist toward White people. The NOI’s White-devil idea is a classic example. Whenever someone classifies people of European descent as biologically, culturally, or behaviorally inferior, whenever someone says there is something wrong with White people as a group, someone is articulating a racist idea. The only thing wrong with White people is when they embrace racist ideas and policies and then deny their ideas and policies are racist. This is not to ignore that White people have massacred and enslaved millions of indigenous and African peoples, colonized and impoverished millions of people of color around the globe as their nations grew rich, all the while producing racist ideas that blame the victims.”
― Ibram X. Kendi, How to Be an Antiracist
0 likes