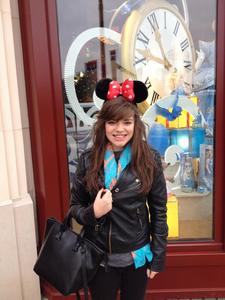 This will prevent Rachael from sending you messages, friend request or from viewing your profile. They will not be notified. Comments on discussion boards from them will be hidden by default.
Sign in to Goodreads to learn more about Rachael.

Rachael Blakey is currently reading
Be Careful What You Wish For
by Vivien Brown (Goodreads Author)
bookshelves: currently-reading

“You only get one life. It's actually your duty to live it as fully as possible.”
― Jojo Moyes, Me Before You
3498 likes

“To the people who look at the stars and wish, Rhys."
Rhys clinked his glass against mine. “To the stars who listen— and the dreams that are answered.”
― Sarah J. Maas, A Court of Mist and Fury
tags: a-court-of-mist-and-fury, acomaf, feyre, rhysand
6740 likes

“I fell in love with you, smartass, because you were one of us—because you weren’t afraid of me, and you decided to end your spectacular victory by throwing that piece of bone at Amarantha like a javelin. I felt Cassian’s spirit beside me in that moment, and could have sworn I heard him say, ‘If you don’t marry her, you stupid prick, I will.”
― Sarah J. Maas, A Court of Mist and Fury
tags: rhysand
2589 likes

“Hey Clark', he said.'Tell me something good'. I stared out of the window at the bright-blue Swiss sky and I told him a story of two people. Two people who shouldn't have met, and who didn't like each other much when they did, but who found they were the only two people in the world who could possibly have understood each other. And I told him of the adventures they had, the places they had gone, and the things I had seen that I had never expected to. I conjured for him electric skies and iridescent seas and evenings full of laughter and silly jokes. I drew a world for him, a world far from a Swiss industrial estate, a world in which he was still somehow the person he had wanted to be. I drew the world he had created for me, full of wonder and possibility.”
― Jojo Moyes, Me Before You
tags: 2-people
893 likes

“Every woman is the architect of her own fortune.”
― Jessie Burton, The Miniaturist
263 likes

The Mummy Book Club — 2 members — last activity May 15, 2020 04:25PM
A super relaxed and fun Book Club run by @katieflossblog and @from_rachaelclaire We currently have chats once a month on Instagram @themummybookclub

Nicholas Sparks
author of: The Notebook

YA BOOKS YOU WILL NEVER PUT DOWN

Polls voted on by Rachael