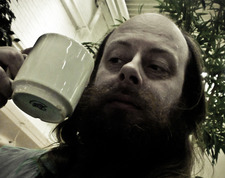 This will prevent Jan from sending you messages, friend request or from viewing your profile. They will not be notified. Comments on discussion boards from them will be hidden by default.
Sign in to Goodreads to learn more about Jan.

“He was afraid that the world struggle today was not of Communism against Fascism, but of tolerance against the bigotry that was preached equally by Communism and Fascism.”
― Sinclair Lewis, It Can't Happen Here
4 likes

“Whatever the issue, there is always something else to be said, another voice to be heard.”
― Michael Billig, Arguing and Thinking: A Rhetorical Approach to Social Psychology
tags: postmodernism
1 likes

“He went up to the counter and asked for his preferred brand at the same time that three other people asked for the same cigarettes, and the tobacconist slid them rapidly across the marble of the countertop toward the four hands holding out money - four identical packs, which the four hands picked up with identical gestures. Marcello noticed that he took the pack, squeezed it to see if it was fresh enough, and then ripped off the seal the same way the other three did. He even noticed that two of the three tucked the pack back inte a small inner pocket in their jackets, as he did. Finally, one of the three stopped just outside the tobacconist’s to light a cigarette with a silver lighter exactly like his own. These observations stirred a satisfied, almost voluptuous pleasure in him. Yes, he was the same as the others, the same as everyone. The same as the men who bought the same brand of cigarettes, with the same gestures, even the men who turned at the passage of a women dressed in red, himself among them, to eye the quiver of her solid buttocks under the thin material of the dress. Even if, as in this last gesture, the similarity was due more to willed imitation in his case than to any real personal inclination.”
― Alberto Moravia, The Conformist
tags: conformism
1 likes

Polls voted on by Jan