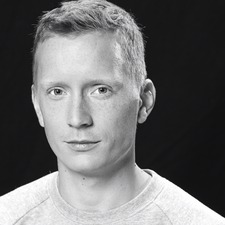 This will prevent Jökull from sending you messages, friend request or from viewing your profile. They will not be notified. Comments on discussion boards from them will be hidden by default.
Sign in to Goodreads to learn more about Jökull.

Jökull Auðunsson is currently reading
The Mushroom at the End of the World: On the Possibility of Life in Capitalist Ruins
by Anna Lowenhaupt Tsing
bookshelves: currently-reading

Jökull Auðunsson is currently reading
Conservatism: The Fight for a Tradition
by Edmund Fawcett
bookshelves: currently-reading

“The Clinton administration’s Gramm–Leach–Bliley Act (GLBA) of 1999, also known as the Financial Services Modernization Act, is probably the most illustrious example of this deregulatory frenzy: this repealed the Glass–Steagall Act of 1933, which separated commercial and investment banking and is widely credited with giving the United States 50 crisis-free years of financial stability. With the passage of the Financial Services Modernization Act, commercial banks, investment banks, securities firms and insurance companies were once again allowed to consolidate. Today, many consider the repeal (followed in 2004 by the lifting of the leverage cap on US investment banks) to be an important cause of the late 2000s financial crisis.”
― William Mitchell, Reclaiming the State: A Progressive Vision of Sovereignty for a Post-Neoliberal World
1 likes

“The European Union has effectively become a sovereign power with the authority to impose budgetary rules and structural reforms on member states outside democratic procedures and without democratic control.”
― William Mitchell, Reclaiming the State: A Progressive Vision of Sovereignty for a Post-Neoliberal World
1 likes

“Forcing new loans upon the bankrupt on condition that they shrink their income is nothing short of cruel and unusual punishment. Greece was never bailed out.”
― Yanis Varoufakis, Adults in the Room: My Battle with the European and American Deep Establishment
0 likes

“A period of tranquil growth thus leads to rising expectations, and a tendency to increase leverage: as Minsky put it in his most famous sentence, ‘Stability – or tranquility – in a world with a cyclical past and capitalist financial institutions is destabilizing’ (1978, p. 10).”
― Steve Keen, Can We Avoid Another Financial Crisis?
1 likes

Polls voted on by Jökull