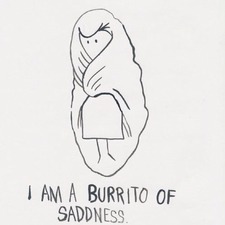 This will prevent Shiroq from sending you messages, friend request or from viewing your profile. They will not be notified. Comments on discussion boards from them will be hidden by default.
Sign in to Goodreads to learn more about Shiroq.

“I can never read all the books I want; I can never be all the people I want and live all the lives I want. I can never train myself in all the skills I want. And why do I want? I want to live and feel all the shades, tones and variations of mental and physical experience possible in my life. And I am horribly limited.”
― Sylvia Plath, The Unabridged Journals of Sylvia Plath
tags: books, life, limits
17850 likes

“Here's all she had to say about death: "Oh my, oh my.”
― Kurt Vonnegut, Breakfast of Champions
tags: breakfast-of-champions, kurt-vonnegut
16 likes

“I had been allowed to believe in man's innate goodness for the twenty-two years of my life, and I had hoped to carry the belief with me to my grave. I wanted to think that all people could have what they wanted, that there was no inherent conflict between competing interests, and that, if tragedies had to happen, they were not something mere human beings could control.”
― Charlotte Rogan, The Lifeboat
4 likes

52 Books in 52 Weeks (2012) — 96 members — last activity Jan 01, 2013 02:07AM
Continuing what Yasmine has started in this group last year. http://www.goodreads.com/group/show/40793.52_Books_in_52_Weeks_2011_ The end of the worl Continuing what Yasmine has started in this group last year. http://www.goodreads.com/group/show/40793.52_Books_in_52_Weeks_2011_ The end of the world's year challenge will start January 1st, 2012. I know it's hard for some, and a piece of cake for others. But I'm sure we all can do it. 52 books in 52 weeks. YES! Rules are the same as the last group's. But, this time Graphic Novels are allowed, and I highly suggest you try to find something more challenging and difficult to read. I'm sure you'll enjoy it. 1- Everyone MUST write a review, or their opinion of the book, after rating it. Even if it's just one word. 2- Create a shelf titled '52-books' as this will make it easier for the group to follow your reading. In case you've participated in last year's challenge, it would be better if you edit the old shelf to 52-books-2011 and start new one with the name 52-books-2012 (Lists can be made in advance, but it's not completely necessary, you can make it up as you go for more flexibility.) 3- You can read whatever you want. For those who liked the idea of reading the same books together, as in a book club, you can do it in smaller groups, but it'd still be not official. 4- Audiobooks do count. However, you should mention that it is an audiobook in your review. Picture is courtesy of Sara Abdullah. Thank you :D. ...more

Polls voted on by Shiroq