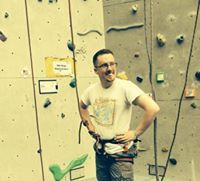 This will prevent Bob from sending you messages, friend request or from viewing your profile. They will not be notified. Comments on discussion boards from them will be hidden by default.
Sign in to Goodreads to learn more about Bob.

Bob Jamieson is currently reading
Why We Sleep: Unlocking the Power of Sleep and Dreams
by Matthew Walker
bookshelves: currently-reading

The Thief Who Wasn't There (Amra Thetys, #4) by Michael McClung
1 highlight
Survival is the only reward you can hope for, and the only triumph that matters.
Em Scotcher liked this

“... some things aren't any good unless they're shared. Sitting up all night would be pointless if somebody you loved wasn't sitting up with you, picking out music to play and helping you kill the bourbon. Walking by yourself in the rain is for college kids who think loneliness makes poets.”
― Peter S. Beagle, A Fine and Private Place
19 likes

“A bicycle?” Amos leaned on the breakfast bar. “Sure. They don’t need fuel, they don’t get sick. Most of the repairs, you can handle on your own. You’re looking for post-apocalyptic transportation, bikes are the way to go.”
― James S.A. Corey, Nemesis Games
22 likes

“First we only want to be seen, but once we’re seen, that’s not enough anymore. After that, we want to be remembered.”
― Emily St. John Mandel, Station Eleven
297 likes

“They needed to be an independent state, sovereign perhaps, semiautonomous at least. Semiautonomy might be enough, given the realities of the two worlds; semiautonomy would justify calling it a free Mars. But in the current state of things they were no more than property, and had no real power over their own lives. Decisions were made for them a hundred million kilometers away. Their home was being chopped up into metal bits and shipped away. It was a waste, it benefited no one except a small metanational elite who were running the two worlds like feudal fiefdoms. No, they needed to be free— and not so that they could cast loose from Earth’s terrible situation, not at all— rather, to be able to exert some real influence over what was happening down there. Otherwise they were only going to be helpless witnesses to catastrophe. And then sucked down into the maelstrom after the first sets of victims. That was intolerable. They had to act.”
― Kim Stanley Robinson, Green Mars
0 likes

Polls voted on by Bob