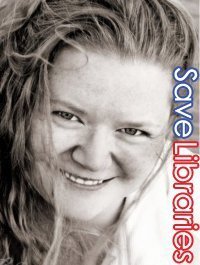 This will prevent Victoria from sending you messages, friend request or from viewing your profile. They will not be notified. Comments on discussion boards from them will be hidden by default.
Sign in to Goodreads to learn more about Victoria.

“Simple,' Tummeler replied.' Blueberries is one of the great forces o'good in the world.'

How do you figure that?' said Charles.

Well,' said Tummeler, 'have you ever seen a troll, or a Wendigo, or,' he shuddered, 'a Shadow-Born ever eating a blueberry pie?'

There y'go,' said Tummeler. It's cause they can't stand the goodness in it.'

Can't argue with you there,' said Charles.

Foods is good and evil, just like people, or badgers, or even scowlers.'

Parsnips,' said Tummeler, 'Them's as evil as they come.”
― James A. Owen, Here, There Be Dragons
tags: food, humor
72 likes

“Bad things can happen, and often do--but they only take up a few pages of your story; and anyone can survive a few pages.”
― James A. Owen, The Barbizon Diaries: A Meditation on Will, Purpose, and the Value Of Stories
tags: bad-things, bad-things-happen, survival, survive
60 likes

“All stories are true. But some of them never happened.”
― James A. Owen, The Search for the Red Dragon
tags: on-fiction, perspective, stories
123 likes

“Our weaknesses are always evident, both to ourselves and others. But our strengths are hidden until we choose to reveal them--and that is when we are truly tested. When all that we have within is exposed, and we may no longer blame our inadequacies for our failure, but must instead depend upon our strengths to succeed ... that is when the measure of a man is taken, my boy.”
― James A. Owen, Here, There Be Dragons
72 likes

Polls voted on by Victoria